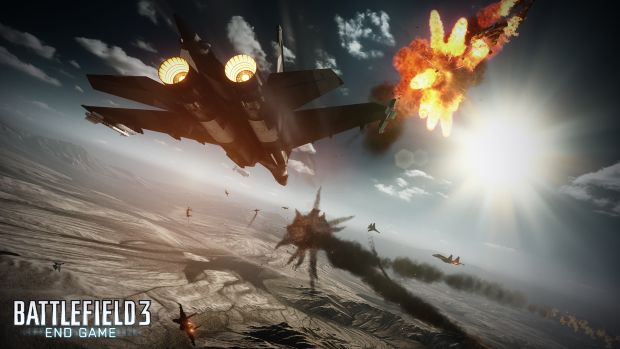 End Game, the final downloadable content pack for Battlefield 3, is out today first to those that have Premium membership on the PlayStation 3. There’s four new maps, a bunch of new vehicles, new modes, a new weapon, and more. This launch trailer highlights what you’re going to get, and shows off just how frantic the action can get on the dirt bikes.

As a reminder, Premium users on PC and Xbox 360 get End Game on March 12. Non-premium PS3 users will then be able to buy the new content starting on March 19. Xbox 360 and PC users can finally buy the DLC on March 26.