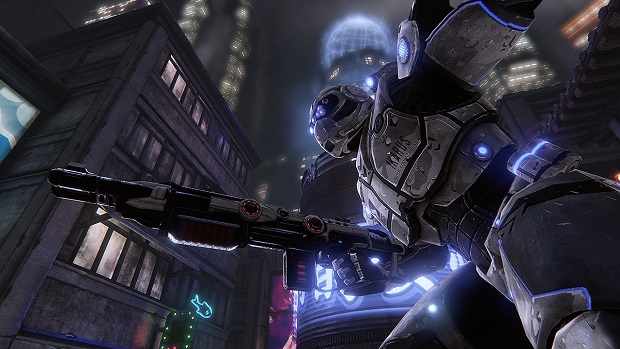 In this thought experiment, ask yourself: What if today’s military shooters never came to be as we know them? What if competitive first-person shooters somehow stubbornly stayed hyper-focused on what was working in the arena shooters of the late ’90s to early 2000s and continued to evolve on a technological level? How might they look and play?

The studio attempts to answer these questions in the design of its own title by stripping away aspects that are now mostly ubiquitous in today’s contemporary multiplayer shooter.

What if there were no leveling, no skill trees and no perks to be unlocked? What if cover systems were nonexistent and there were no classes to specialize in? What if weapons weren’t configurable and iron sight aiming were never implemented?

Shooters might look and play a lot like the studio’s Early Access title, where a player’s skills in the game determines the kill-to-death ratio, not how long he has spent developing an effective build. Experience points are used for reputation purposes and match-making algorithms, thereby having no effect on your character’s stats or performance.

Die in the match and you respawn with the basics: one pistol and a melee attack. You’ll have to race across the map to pick up better weapons of which you can currently carry seven. Ditching aiming down the sight works great with the weapons on offer. It really does help give it that “classic” feel of the games that TOXIKK draws inspiration from.

The current build of the game is titled Wasabi. In it you’ll find one map, two game modes, and the seven available weapons mentioned above. The team’s stated focus with the first build is to dial in weapon balance, tweak the movement, and to firmly establish the two fundamental modes: Deathmatch and Team Deathmatch.

If you’re considering picking the title up, reading the title’s projected roadmap is well worth your time. The studio seems to have a very clear vision of what it wants to accomplish during the time this title is in Early Access, so you’ll know what you can expect when buying in. 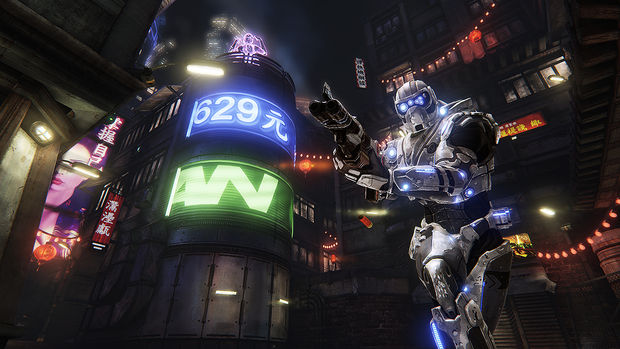 I had a chance to try the title out last night and came away impressed. Even at launch, it performed incredibly well. Not only does it look great, but it seems like the team made sure it was optimized for performance out of the gate.

As a test, I downsampled from 3840 x 2160 to my native resolution of 2560 x 1440 with all of the game’s graphics setting maxed and it still held between 50-60 frames per second while I played a match against bots. Your mileage will of course vary depending on your machine, but it’s safe to say that TOXIKK runs well for a still-unfinished game.

At $18.99 (on sale now for $17.09) TOXIKK may be a bit steep for what it’s currently got on offer, but if you’re a hardcore fan of the undeserved genre and you’re up for helping shape the game over the course of its time in Early Access, Reakktor’s slick-looking return to the arena shooter’s roots might be just the thing that you’re looking for.