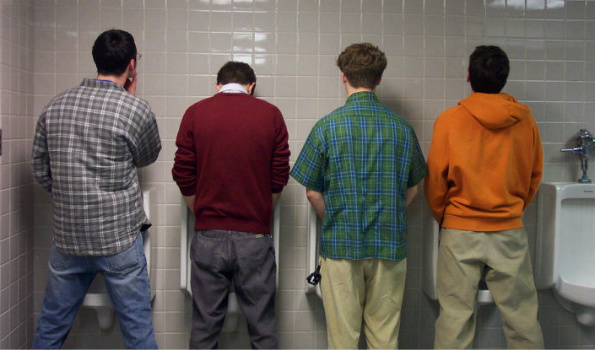 When I’m doing mundane day to day rubbish I frequently wish I was playing videogames. Especially right now, with so many impressive games that have been screaming to be played. However, the few seconds it takes me to empty my bladder has never felt like time that could be better spent gaming. I, of course, am a fool and not efficient enough. A bar in south London has installed hands free urine controlled videogames in their “facilities” and now I feel like I’ve been pissing away time I could be gaming. While this invention is being touted as the first urine controlled video game, that’s not strictly true. Late last year Sega was experimenting with the same sort of thing in Tokyo.

The video game urinals were installed in the London bar after a successful trial in Cambridge. Sales of the ever popular crappy lager, Corona, went up by 47 percent when adverts for the drink were played before and after the game during the trial period. I suppose good taste really does go out the window when you are using bodily fluids to play a game. That said, I’d almost certainly give it a shot. The game is cashing in on the social market as well, as “players” are able to post their scores on Twitter. If you’re in the south London area, check out The Exhibit Bar in Balham and let us know if it’s your GOTY.