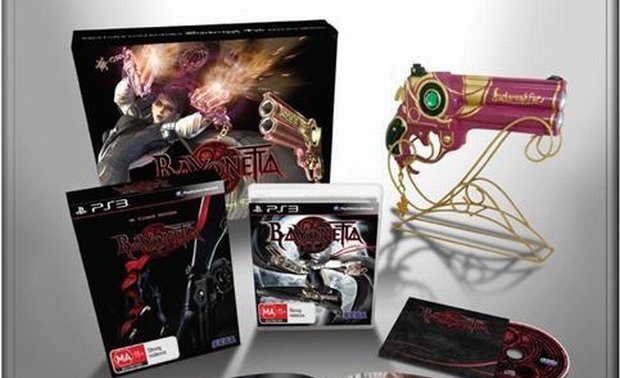 Earlier today, we told you about the limited edition version of Bayonetta that would be hitting the UK, Spain, France and Australia. Of the four territories, it looks like Australia will be getting an extra specialer version the game.

Select retailers in Australia will be giving those that pre-order the limited edition version of Bayonetta a very limited custom-built replica of the Scarborough Fair, the guns Bayonetta uses with her hands and feet when she’s not using her hair powers to fight demons. No word on pricing but Bayonetta will be out in Australia and the other territories on January 8.

I hope if Sega does a limited edition version of Bayonetta in America that they include a long black wig instead of a gun. Guns are so overrated in this day and age.