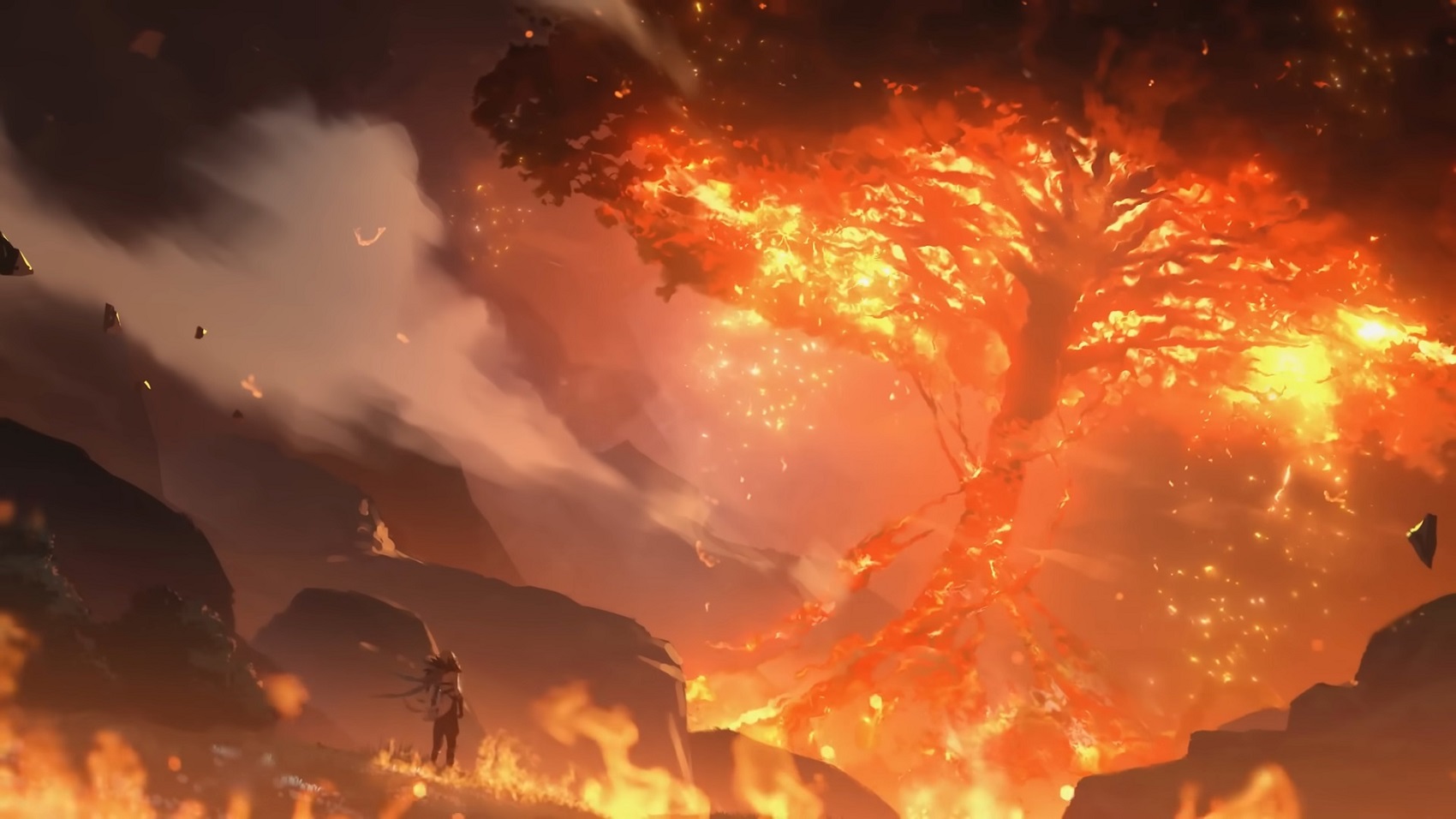 Thanks to another Genshin Impact trailer, we’re getting more insight into the mysterious Fatui Harbingers, who have been machinating many of the events of the game behind the scenes. We know Childe intimately (as he’s a playable character), and we’ve defeated Signora via a boss fight, but the majority are still a mystery.

We’re given a taste of the English voices employed for the previously unseen Fatui cast, as well as some insight into how they interact with the world and each other. There are major story implications for this “interlude,” which ends with a quick look at Collei, and an off-screen callout from Tighnari, (who will both be playable).

Here are the core members of the Fatui, provided by the Genshin Impact trailer description:

The Gensin Impact team also provided a look at a few upcoming characters, which will finally provide access to the Dendro element. First up is Collei, who appeared at the end of the trailer, and Avidya Forest Ranger Trainee:

"Oh, you're going to Sumeru? Can you give my regards to Collei? Well… it's been so long, I wonder if her hair has grown out and if she's taller?" — Amber

"I brought back a specialty from the desert, two packs of honeyed dates, which helps to replenish your energy, whether in the morning or at night." —An anonymously source

Dori is also on the way, and will add to the Electro repertoire:

"No matter how rare the experimental materials are, you can buy them from Dori. I don't know where she gets her goods from…" — Tighnari

Genshin Impact 3.0 is going to be pretty huge when it finally arrives. Not only will it usher in a new expansion and another region, but the Dendro kit will definitely mix up the meta a bit.