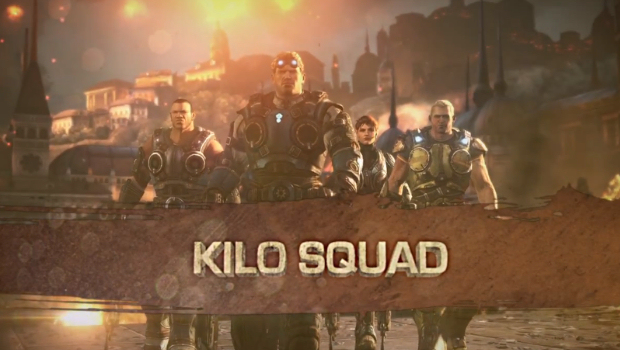 Here’s a new trailer for Gears of War: Judgment, introducing us to Baird’s allies in the prequel campaign. Kilo Squad is the team responsible for the events of Epic’s upcoming new game, and you can hear them say things while killing stuff in the video above.

Say hello to Baird, Sofia, Paduk, and Cole Train. Except don’t actually say it, because they can’t hear you. They’re fictional, ya goof!

We’ve got the game in-house right now, but a review won’t surface until next week. In the meantime, watch the video. Or not. It really doesn’t matter what you do, because this America, and the choice is yours.