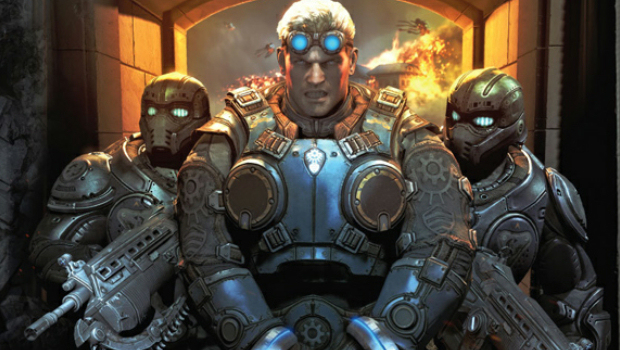 Game Informer — seemingly in an attempt to scoop the Internet detectives that were likely going to spoil its exclusive — has gone ahead and blown its wad to reveal the recently teased Gears of War game. It’s going to be called Gears of War: Judgment, and GI‘s got two covers for it.

Cover one shows Damon Baird in irons with the Locust horde attacking in the background. The second cover replaces Baird with Cole Train. Whatever happened, the series’ comic relief duo are in trouble for it.

With development from People Can Fly, the game is prepping for a full reveal on Monday. Looking forward to it!