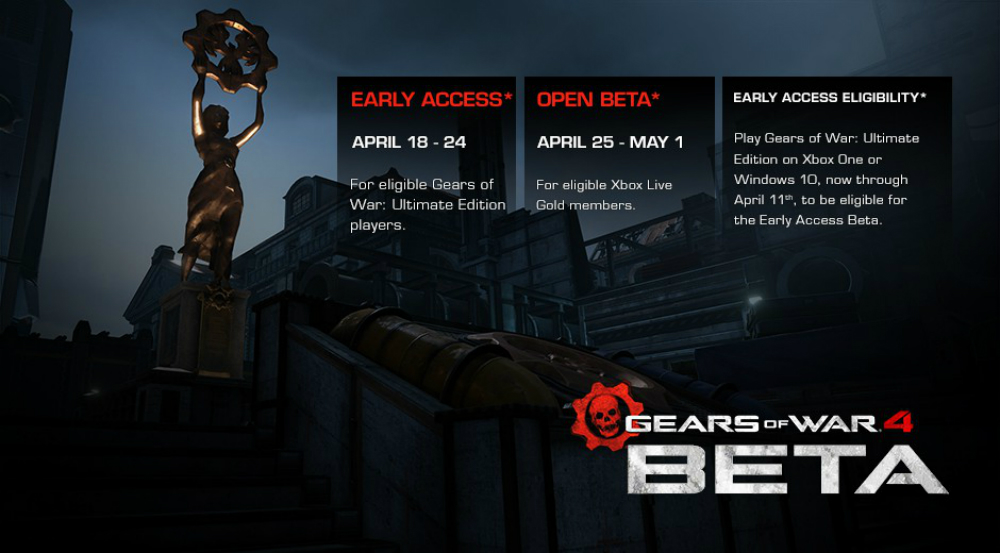 Gears Ultimate players get in

For those of you who are already enjoying Gears of War: Ultimate Edition on the Xbox One or Windows 10, you’re already in the Gears of War 4 multiplayer beta. Microsoft has announced that the early access period for the newest game in the series will be held on April 18, concluding on April 24. From that point on until May 1, anyone (with Gold) can get in.

Microsoft is also extending the window for entry into the beta, as anyone can still get in until April 11. All you need to do to qualify is log in and play the Ultimate Edition by 11PM PT that night. Sounds easy enough! I hope Gears 4 mixes things up and actually feels different, as I haven’t been super impressed with the last few title’s online modes.