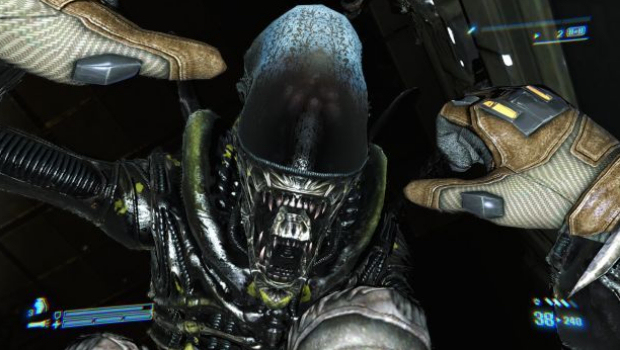 Pitchford claims there are ‘stakeholders’ to think of first

After breaking his radio silence this morning to respond to lots of praise for Aliens: Colonial Marines, Gearbox CEO Randy Pitchford went on a bit of a blocking spree, cold-shouldering yours truly and a number of other people he claims offer nothing but “injury” in their criticism.

In a number of Tweets, Pitchford addressed a few questions on the game, and went so far as to confirm his studio is examining the possibility of maybe explaining exactly what went wrong with Aliens, and why the game looked nothing like the advertised product.

“We are looking at that,” he said in answer to a query on the subject. “Lots of info to parse, lots of stakeholders to respect.”

Another, more interesting statement was made shortly after. In response to one user who suggested he was sitting confidently on his ill-gotten monetary gains from the project, the former magician claimed he was looking to take a financial hit.

“I’m afraid it looks like I will lose a huge amount of money,” he said. “We pay for our education.”

While we wait for more information, Pitchford is apparently entering his notorious grandstanding mode, though he’s not quite boasted about Colonial Marines‘ sales figures quite yet. In any case, his definition of “insult” appears to be quite broad, having blocked myself for asking if it’s a good idea to display contempt for an audience, and earlier shutting out fellow critic Robert Florence. Not sure, exactly, what that’s going to achieve (especially when sending me messages after I’ve been blocked), but fair enough.