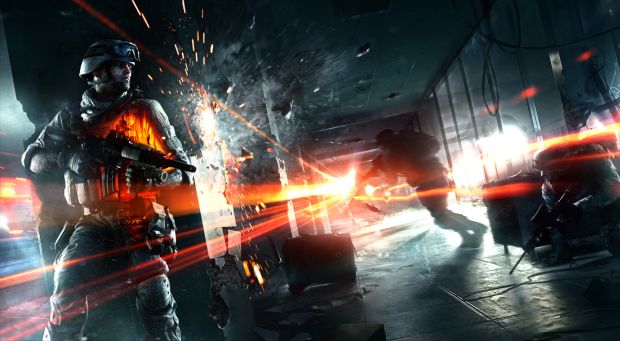 [Update: Some new info has been added to each expansion pack, plus we’ve added a new image.]

Last night, DICE revealed three new upcoming downloadable content packs coming to Battlefield 3. The first of the new packs is called “Close Quarters” and will be out this June for all three platforms with the PlayStation 3 getting a week exclusive early release. These maps will be focused on tight, infantry and vertical style gameplay. They’ll be adding more layers to destruction and ten new weapons with the new pack. We’ll have a preview of one of the new maps from this expansion next week.

Sometime after that, the third expansion pack will be released and is called “Armor Kill” which is all about the vehicle experience set on the biggest open maps DICE has ever built. You can expect new vehicles such as tanks, ATVs, mobile artillery and more. This expansion will be out in Fall.

The last of the announced expansions was called “End Game” but there was no info on that released for now, but you can expect it this Winter.

Additionally, DICE will be releasing a rent-a-server program for the Xbox 360 and PlayStation 3 versions of Battlefield 3. Yeah, you read that right. This is the first time anything like this has ever been offered for console players. You’ll be able to customize and set up your servers however you like. Never thought I’d see the day!