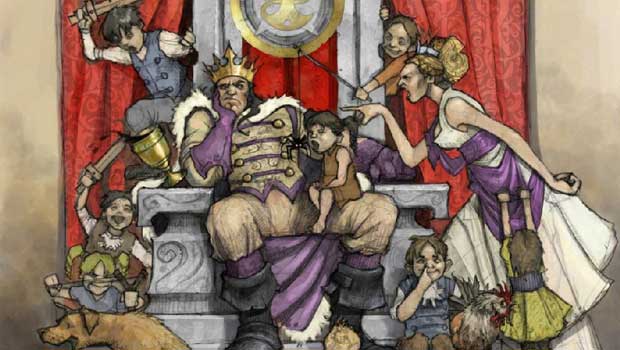 It was inevitable, but now it’s confirmed; Fable III is happening.

Peter Molyneux wasted little time at Microsoft’s gamescom press conference before announcing the third title in the RPG franchise. The Lionhead Studios boss said a dated mechanic bogs down the original two titles. A mechanic, he teased, that has been removed from this iteration. Telling those in attendance he wouldn’t reveal what the piece was quite yet, the man moved into a few details.

Fable III follows the last bit of Fable II downloadable content. In Fable III, players will become a king or a queen of all of Albion. Molyneux stresses that he wants people to feel the weight of the crown, to experience what it’s like to be a leader. He then went on to explain that players will need to gather followers and do the things rulers do like taxing (with a moral twist, of course), which makes that series of Lionhead splash pages make that much more sense.

Not all is revealed, of course, but we’ll probably be hearing quite a bit more about the promise-filled title in the near future, as it hits at some point (not early) in 2010. If you want a few more precious details, check out Eurogamer’s preview. Before you do, let me ask — Fable III, folks: yay or nay?

[Update: Now with more trailer. Check it out.]