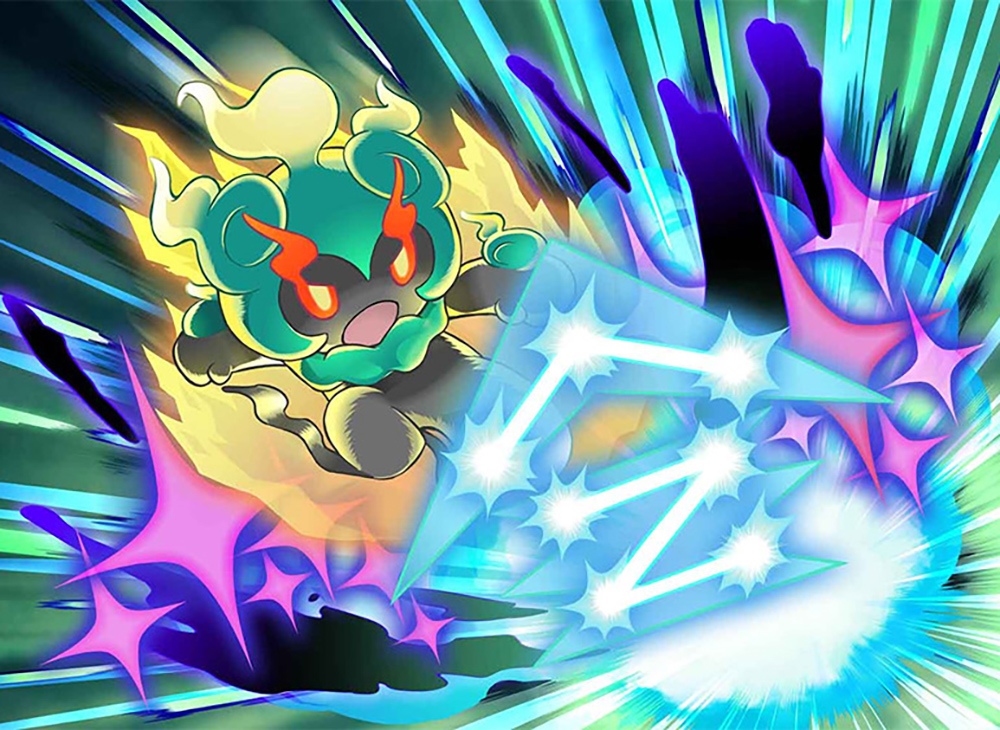 The latest Pokémon distribution is now underway at GameStop.

Today through October 23, you’ll be able to head to the retailer and score a code for the mythical Marshadow in Pokémon Sun and Moon. The little ghost son is level 50 and notably comes with Marshadium Z, enabling it to use its fancy-pants Z-Move called Soul-Stealing 7-Star Strike.

Unlike some ghost types, Marshadow’s Pokédex entries aren’t the stuff of nightmares. “Able to conceal itself in shadows, it never appears before humans, so its very existence was the stuff of myth. It lurks in the shadows of others, copying their movements and powers. This Pokémon is craven and cowering.”