By the time the nineties rolled around, cartoon makers were really scraping the bottom of the barrel for toy/cartoon crossover lines. The best animals and objects had already been anthropomorhized, and even though bipedal sharks that breathed oxygen didn’t make much sense, it was all Mattel had left. Hence, Street Sharks was born.

Speaking of bipedal sharks that breathe oxygen, we played some videogames this week. Hit the jump to find out what these videogames could have been, and be ready to kick some serious fin.

North: Persona has aged well. Atlus spruced it up for the PSP, and I’m digging it just as much as I did back in the day on the PS1.

Razak: I tried 1 vs. 100 for the first time this week and it was a blast. That’s mostly because I played with my fiancee. I don’t see it being as much fun without another person around. Still, very cool stuff. Otherwise it was pretty much Assassin’s Creed. Oh, and Minesweeper. Does that count as a videogame? Because I was stuck waiting in line and played a lot of that.

Bennett: Got into some good old NES games yesterday, spending a lot of time with River City Ransom and Double Dragon II. What a blast. Nintendo is never any less fun when it comes to the classics, and it made me miss being a kid. Otherwise, I’ve been working on what I hope will be a max social link playthrough of Persona 3 and squeezing in a bit of DJ Max on the side for my PSP.

Sterling: I’ve spent two days in the company of Dragon Age: Origins. Contracts forbid me from talking about the details, probably so that more wealthy Web sites get to talk about them first, but let me just say that Jim Sterling has plenty of good things to say about a BioWare game. You don’t see that every day. A preview is coming early next month, so stay tuned for that.

Otherwise, I’ve not had much time, what with traveling to Canada and dealing with delayed flights. I’ve found the occasional time to play more Order of Ecclesia, but its difficulty scale is pathetic when compared to the last few DS Castlevanias. The last two games were tough, but fair. They didn’t just throw a whole bunch of shit at you, clap its hands and say “Duh, we’re hardcore yaaay!” Ecclesia has a childish approach to difficulty.

I want to play Dragon Age. 🙁

Cantler: I spent most of the day yesterday at an arcade collector’s shindiggy, in a room overflowing with beautiful Japanese cabinets. While there, I got to play Ikaruga on its native Naomi hardware, in a Capcom Impress cab with a brand-new monitor. That was certainly an experience. The rest of my time there was spent on Guwange, Pro Gear, Capcom Vs SNK 2, Blazing Star, Espgaluda 2, Street Fighter III: 3rd Strike, and Waku Waku Seven. At home it’s been the usual MvC2, Project Justice, Puzzle Fighter, etc. Though I did finally get around to playing the Arkham Asylum demo, which I actually quite liked.

Holmes: If by “childish approach to difficulty” you mean “requires that you learn how beat bosses instead of make them totally wussies that you can kill on the first try,” I couldn’t agree more, my dear Jim.

Sorry if that sounds hostile. That could be my jealousy of Topher talking. Did they have WarZard there, Topher? If you tell me that they did, I shall shit with envy. And call you a “gopher.”

Oh yeah, videogames — I’m playing NyxQuest: Kindred Spirits, and it’s pretty cool. If you like obstacle course-style 2D puzzle platformers, you should buy it for sure. Beyond that, just did my daily Game Center CX 2 and Animal Crossing: City Folk routines. I’m just one week away from having a perfect town for 15 days, which will score me a golden watering can and an immeasurable sense of videogame pride.

Sterling: I don’t even have a problem with the bosses. The bosses so far have been aggravating, but logical. I’m talking a few sections where they have just thrown enemies at you, willy nilly, with no real sense of pattern or fairness.

Holmes: I don’t remember those parts at all. The only times I remember dying or having a any sense of real challenge in the game was against bosses — particularly the giant horse boss, whom I totally love to hate.

I bow to your recent experience with the game, as I haven’t played it for months, and trust that there are stupid parts that I just don’t remember.

Concelmo: I have been travelling all week, so haven’t had much time for videogames at all. I did play some DS on the plane, though: Contra 4, Metroid Prime Pinball, Dragon Quest: Rocket Slime, The Legend of Zelda: Phantom Hourglass. All of my favorites.

Cantler: If that becomes a meme, Jack Thompson wins. Just remember that. Also that I will probably strike you with something. It’s no more original or clever now than it was on the playground in 1984.

Sterling: And really, Jack should have said “Cuntler.”

Cuntler: Yes, that would have at least been kind of funny. He probably could have worked in a more clever joke about crawling into a hole as well.

Chester: Been playing through Shadow Complex for the second time on my retail Xbox 360, and seeing stuff I hadn’t my first time through. Not sure if that’s because the preview build I played was incomplete or what (it was a preview build, after all), but it was a pleasant surprise. Look forward to a review of that tomorrow.

I also headed to Gearbox to play some four-player cooperative Borderlands on the Xbox 360… and I can’t say much else until September. But let it be known that it continues to stay on the top of my “do want” list.

Less exciting, I decided I wanted to get some achievements in Guitar Hero: Metallica, so I started playing the bass career until the batteries in my guitar died.

Sterling: Oh shit! I just remembered I have that review code for Shadow Complex, too!

Villasenor: I played a few more levels in Resistance: Fall of Man, but then sort of dropped it when I started up Valkyria Chronicles. That game is is super-fun! And once I finally got home yesterday, and once again had access to my computer, I gave Sins of a Solar Empire a try. And although I’ve only played a few matches so far, I can tell that this strategy game is going to have me hooked for a while. Can anyone in the comments recommend any good mods or maps for it?

Sarkar: At home, I’ve been playing nothing but Madden NFL 10 (for first impressions from me ad Brad Nicholson, go here). The full Destructo review (with video!) will be up tomorrow, but suffice it to say that this is the best Madden game yet on current-generation consoles; everything comes together to create a fantastic experience that I can recommend to any football fan. So if you’re thinking of writing something clever like “meh, yet another roster update” in the comments, you can go fuck off.

I went to a Konami event on Wednesday, where I checked out stuff like Pro Evolution Soccer 2010, Karaoke Revolution, and Zombie Apocalypse. That last game is an upcoming PSN/XBLA title, and while it’s simple, it’s actually pretty fun — you pick one of four characters and go through levels killing waves of zombies.

Finally, I checked out the Batman: Arkham Asylum PSN demo last Monday. After playing it, I am scrambling to scrape together $60 for the full game, because the demo was pretty sweet.

Zimmerman: Samit’s e-mail needs to remain exactly as it is with no editing.

Nicholson: I believe you mean “The full Destrutoid review,” Samit.

I’m sorry, I always wanted to do that!

Also, I’ve been playing Madden 10, Tales of Monkey Island: Chapter 2, and Warhammer Online: Age of Reckoning for the Macintosh.

Sarkar: Oh. Yeah. Weird…this was the one time I didn’t re-read the email before the “Undo Send” timer ran out. Ugh.

Burch: Go be a gopher, Samit. 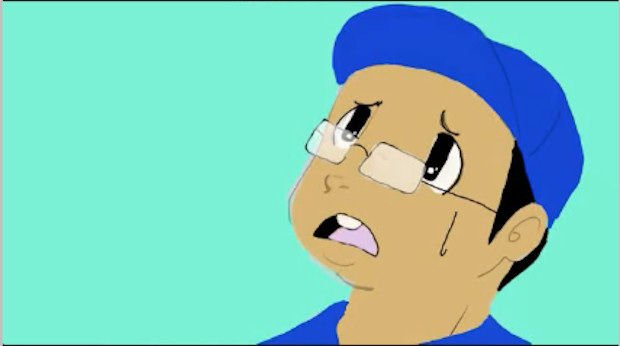