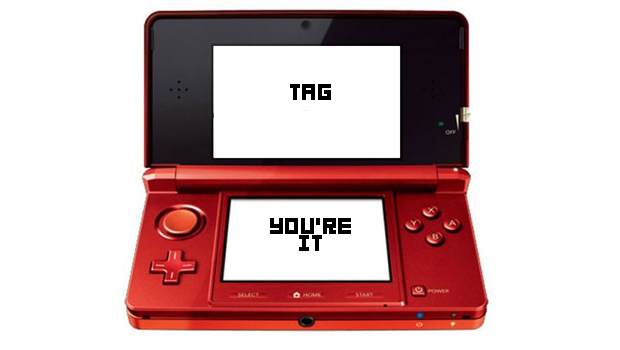 [Update] There seems to now be some doubt as to whether the 3DS virtual console will feature GameBoy Advance games. While it was mentioned during the press conference, materials released by Nintendo regarding the service make no mention of the GBA anywhere. We’re waiting on Nintendo for official confirmation

[Original Story] An interesting feature of the 3DS is its “Tag Mode,” which allows the system to exchange data with other 3DS handhelds and download files from wifi hotspots even while in a dormant state. At tonight’s Nintendo press conference, we’ve learned more details about what it can do.

Tag Mode can transfer information for multiple games at once, for example, without having one or even any of the games slotted in. In addition to game data, you’ll also be able to exchange Miis with people you pass on the street or in crowded trains.

Nintendo will also be setting up a new Virtual Console for the 3DS. This online store will be stocking GameBoy and GameBoy Advance titles similar to how the Wii handles classic content in the home.

One odd thing which was mentioned that I don’t quite understand is an optional cradle. Nintendo says that using it would improve download speeds to the handheld, but our sources haven’t mentioned whether it’s some sort of ethernet-based hardline connection or what. A curious development.