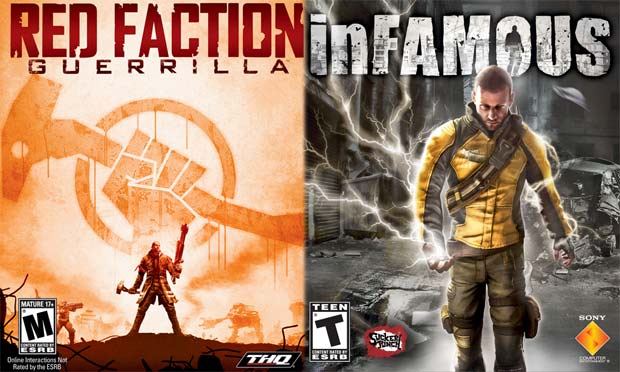 After much discussion and deliberation, the previous debate has finally come to an end. I expected an onslaught of opinions from both sides, and I definitely wasn’t disappointed, but towards the end of the comments something was gnawing at my gut. I love seeing new faces pop-up on Dtoid, even if they’re faceless default Dtoid avatars.

However, when one side is winning by a healthy margin, only to fall in flames as the other side rallies to a win atop the raised hands of a bunch of new accounts or readers who only comment twice a year, then, well, I feel the need to verify the votes before posting the results. So after a lengthy recess of going through each and every comment one by one to make sure there was no dupe accounts or other debauchery going on — which there thankfully was not — here are the final results:

This week we take another reader suggestion and pit the winner against Red Faction: Guerrilla — a recent game that Vexed Alex thinks is better than both the two above titles. So what about you? Which game do you think is better, and why? Give it some serious thought, get some friends to share their opinions as well, and check back next week for the winner.

Bonus Question: What are some other debates you’d like to see? C’mon, gimme somethin’ juicy!