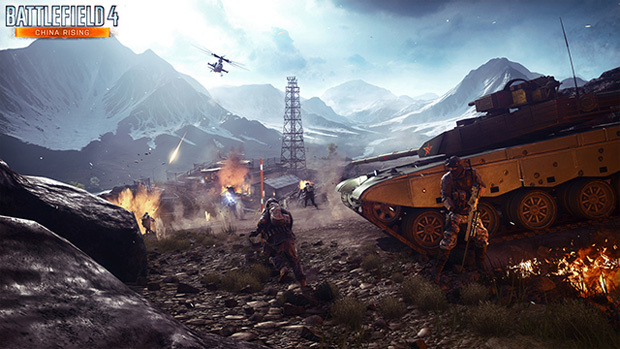 After China Rising, that is

With this week’s release of the China Rising expansion for Battlefield 4 Premium players amidst the game displaying varying degrees of brokenness depending on the platform, DICE is in something of a messy situation, to put it mildly. In a statement given to Polygon, a representative of Electronic Arts noted that the studio is committed to fixing these issues and won’t be moving forward on future expansion packs until they are taken care of.

“First, we want to thank the fans out there that are playing and supporting us with Battlefield 4,” said the rep. “We know we still have a ways to go with fixing the game — it is absolutely our No. 1 priority. The team at DICE is working non-stop to update the game. Since Battlefield 4 China Rising expansion pack was already in the final stages of development by the time issues began with Battlefield 4, we decided to fulfill our promise to deliver it this week, but we’re not moving onto future projects or expansions until we sort out all the issues with Battlefield 4. We know many of our players are frustrated, and we feel their pain. We will not stop until this is right.”

While the possibility of technical issues like this isn’t the only reason I tend to hold off on season passes for online games, that’s always been one of the bigger concerns.