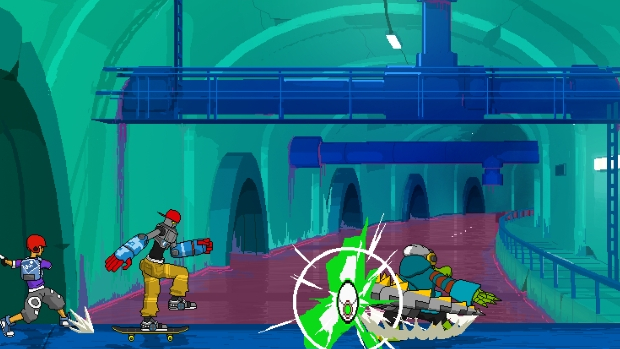 I got introduced to Lethal League by Ben Pack, who did our review of the unique fighter last year. Up to four players mash a ball around the stage. The ball gets faster and faster after each hit and is the only thing that can knock out opponents. It’s pretty great.

The team behind it announced Lethal League has sold over 100,000 copies in its first 6 months and has been played for over 500,000 hours on Steam. It’s also bringing Mac and Linux versions to Steam on May 13. A console version is in the works as well.