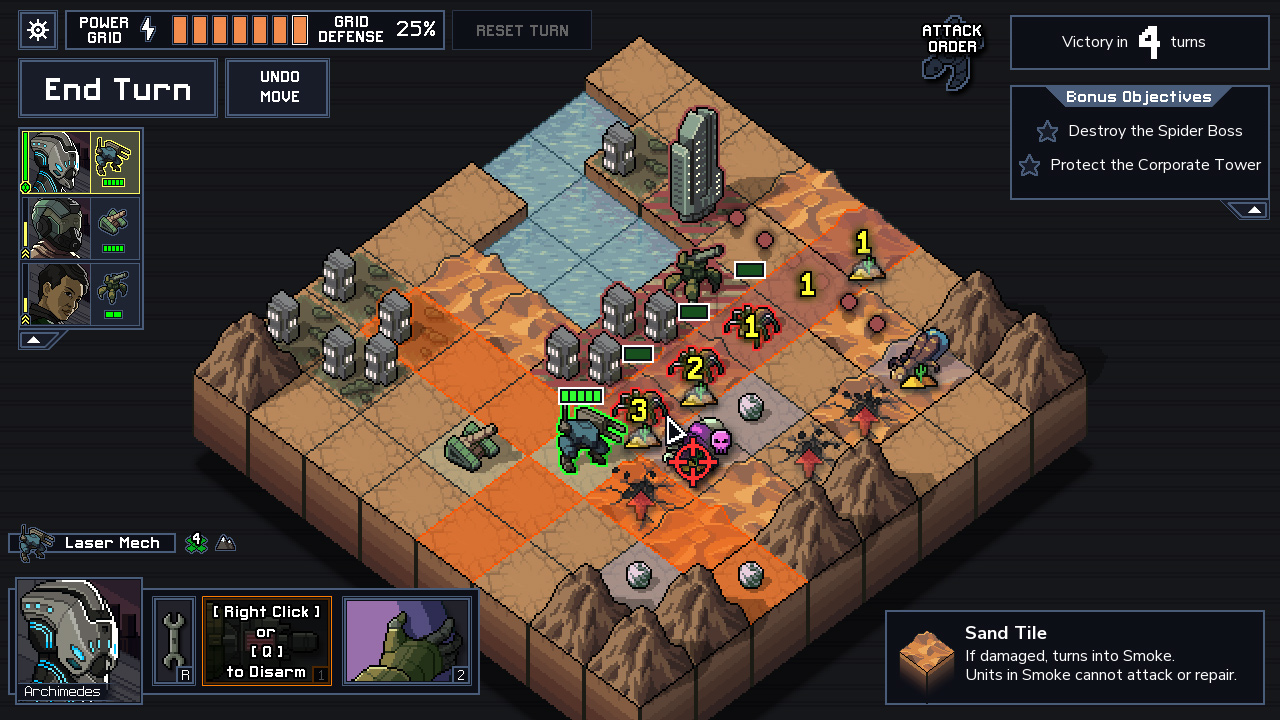 The minds behind FTL: Faster Than Light are back with a tactical turn-based game in which you’ll dispatch mechs to fend off giant monsters. If and when you lose, you’ll “send help back through time to save another timeline.” I don’t need to know any more about Into the Breach with a pitch like that.

It’s been fairly quiet as of late but clearly it’s the good, productive kind of quiet. Subset Games has announced a February 27, 2018 launch for the game on Steam, GOG, and the Humble Store.

Into the Breach will be coming to Windows on Steam, GOG, and the Humble Store on February 27th! pic.twitter.com/DNthiNRWw3

Much to our delight, composer Ben Prunty returns from FTL, and Subset Games also brought on Chris Avellone (Fallout 2, Planescape: Torment, Prey, and countless others) as a writer.

I’m expecting to die a lot in Into the Breach and have a grand old time doing so.