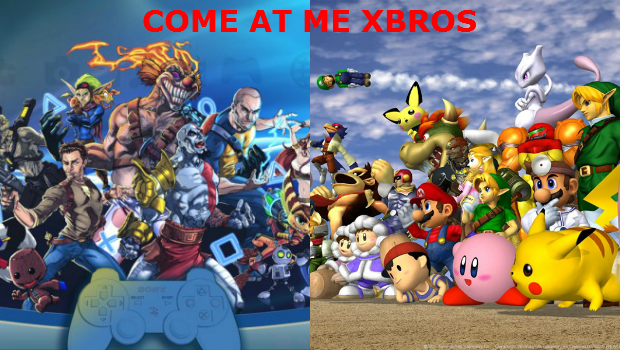 The recent unveiling of two new characters for Sony’s upcoming take on Smash Bros, PlayStation All-Stars Battle Royale, got me thinking: what would Microsoft’s version of this game look like? I’ll grant you that the Xbox brand has a much shorter history than that of Sony or Nintendo, but certainly they could come up with the 20 or so characters required for a game of this nature… right?

Hell, I’ve already done most of the work for them! (Hit the jump to see my awesome wish list.)

And that was just off the top of my head!

As for the gameplay, we already know how that will work: it will be exactly like Smash Bros. Duh!

So what about you? Who or what would you add from the Xbox catalog? Once you’re done pondering, let’s play some actual videogames!

The planning for FNF starts in the forums, where community members volunteer to host matches and post their pertinent details (game, time, Gamertag, etc.). Then, every Friday, reminder posts go up in the community blogs followed by a recap post here on the front page for last-minute planning.

To join in, simply send a friend request to the match host! If you’d rather host something yourself, sound off in the comments section below! We’ll see you online!