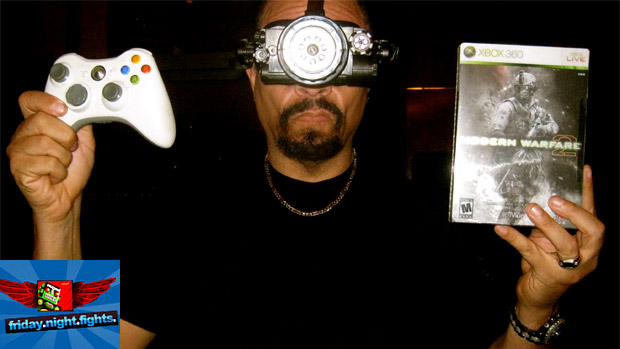 This has been one hell of a big week for online gaming.

The simple inclusion of predator drones alone in Modern Warfare 2‘s multiplayer instantly had me falling in love with an already satisfying experience.

The sleek new user interface, the crazy new killstreaks, the fact that there are now so many challenges, you basically get to hear the “F**K YEAH! YOU ROCK” guy screaming/guitar riff challenge completed effect during every match — it’s so good.

My goal tonight is to play until I pass out from exhaustion, and I imagine many of you have similar plans Hopefully, I’ll get to see a tactical nuke go off at some point. Please, let me see the nuke.

Quick guide to FNF for new players: Each week, a bunch of Destructoid readers and usually an editor or two get together to play some videogames online. Fun times!

The planning for FNF takes place in the forums, where Dtoiders volunteer to host by posting their information (gamertag, time to meet up, game, etc.) in the forum post corresponding to the system they’re interested in playing on.

Then, every Friday, reminder posts for those who don’t read the forums regularly go up in the community blogs section all thanks to a dedicated group of cool individuals. And for everyone who wants their info all in one place, they have got my weekly recap posts which you are currently reading.

Now that you’re here, just scan the list below and find a game you want to play. All that’s left to do after that is to join the match by contacting the host below using any means necessary. For Wii, you might have to be a little creative, but for 360/PS3 a simple “invite plz” message will be fine.