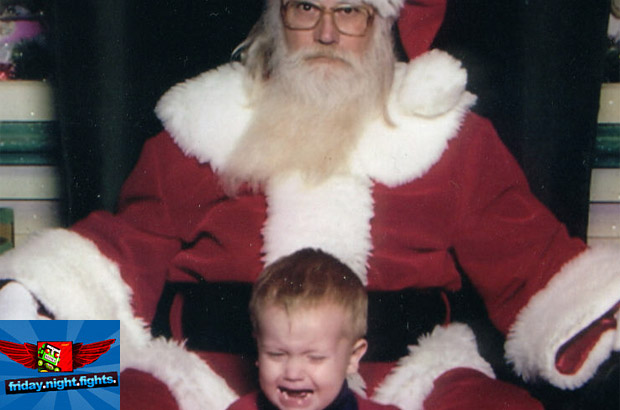 Since the next couple of Fridays are occupied by holiday festivities, this will be our last Friday Night Fights for a little while. As such, you need to try and make tonight count! The short break will hopefully serve as a nice recovery period so we can come back stronger than ever in 2010.

I wanted to use a picture from the “And All Through the House” episode of Tales from the Crypt, but couldn’t find anything that wasn’t a blurry mess. Talk about depressing. This one I found from rachel_r on Flickr gets the job done, though.

With the combined madness of both the “War!” update and the Team Fortress 2 free weekend bringing in a new group of players to an already thriving game, there’s bound to be chaotic fun going late into the night on Steam.

Otherwise, we’ve got most bases covered in terms of recent console releases. Have fun!

New to FNF? Read this: Each week, a bunch of Destructoid readers and usually an editor or two get together to play some videogames online. Basically, this is what Friday Night Fights are all about.

The planning for FNF takes place in the forums, where community members volunteer to host by posting their information (gamertag, time to meet up, game, etc.) in the forum post corresponding to the system they’re interested in playing on.

Then, every Friday, reminder posts for those who don’t read the forums regularly go up in the community blogs section all thanks to a dedicated group of cool individuals. And for everyone who wants their info all in one place, they have got my weekly recap posts to look forward to between 4:30 – 5:30 PM EST.

Now that you’re here, just scan the list below and find a game you want to play. All that’s left to do after that is to join the match by contacting the host below using any means necessary. For Wii, you might have to be a little creative, but for 360/PS3 a simple “invite me” message will be fine.

The names on the left are our Destructoid handles, while the ones on the right are our online handles (PSN IDs, for example). Don’t see a game you want to play? Feel free to post a comment offering to take up hosting duties yourself.