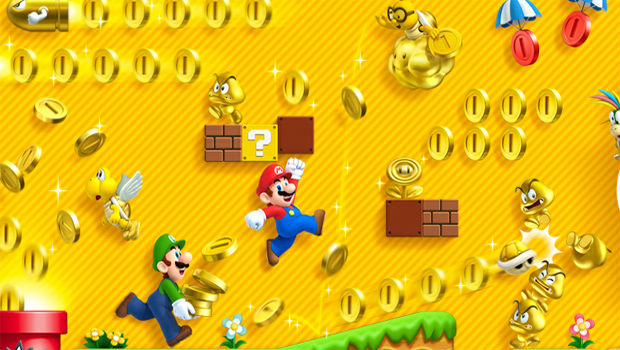 [Update: It looks like Nintendo of America has tweeted about it, which confirms it for a US release — thanks Tristrix!]

Nintendo has served up five bits of DLC so far for New Super Mario Bros. 2, and it looks like it’s about to put some more on the table. The Golden Classic Course Pack is now available in select regions, and it features some classic levels from the original NES Super Mario Bros., as well as Super Mario Bros. 3.

It looks like as of the time of this writing, it’s only currently available in Japan and Europe, but other regions haven’t been ruled out. On January 1st 2013, the DLC pack will revert to the standard pricing, so get on it, if and when it comes to your region!

In other Mario related news, players have collected over 300 billion coins worldwide for the game. Honestly, good for Nintendo. New Super Mario Bros. 2 is one of my favorite 2D Mario games in a long while, and for the most part, the DLC has offered up some of the most interesting 2D levels in recent memory.