How the wiki aims to keep PC gaming alive and vital

When it launched last year, the PCGamingWiki attempted to solve those technical headaches that can still blight some PC releases. As the current console generation grew longer and longer, the PC had a resurgence as a gaming platform in three different areas.

While PC versions of Xbox and PS3 games were initially hamstrung by shared development, over the last few years the PC version of a multiplatform game has often been the best choice. Indie developers have grasped the opportunities granted by digital distribution and the openness of the PC as a platform to great success. Finally, game development on the PC is not always about the final product shipping on a specific date. Minecraft and DayZ have popularised the open-alpha approach, meanwhile League of Legends sprung from a simple Warcraft mod into a free to play, e-sports juggernaut.

But PC gaming is not always the easiest thing to just get working; although Steam’s download/install protocol is great, sometimes there’s problems once a game is running. Just a few weeks ago, a fancy AMD driver update to Tomb Raider was meant to give Lara Croft lovely flowing hair but instead gave headaches to gamers using NVIDIA graphics cards. This is where the PCGamingWiki steps in.

Launched just over 12 months ago, the website hopes to be the main place where gamers can find information as to possible problems with their titles. I’ve been speaking to Andrew Tsai of PCGamingWiki about the challenges that PC players face. 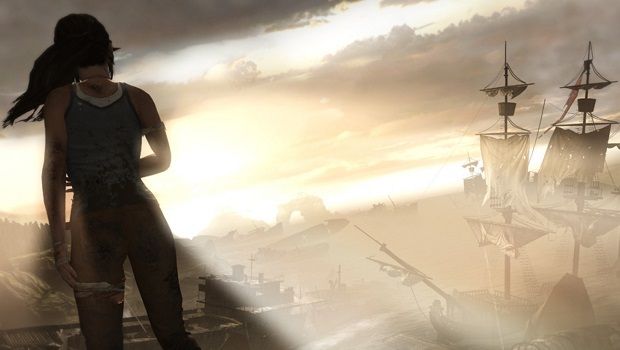 Seeing as how we’re in the transition period between new consoles, has there really been a change in attitudes by developers as to making the PC version of their games an afterthought? “I can see that game developers are taking PC gamers more and more seriously,” says Andrew. “Back when Borderlands 2 was announced, they paraded their PC-centric features in Claptrap’s love letter to PC gamers. Ken Levine made similar promises for BioShock Infinite, saying that PC gamers would ‘feel at home’ with the PC-centric customizations and features.”

While developers make promises and concessions with the best intentions, a videogame’s PC release might still be problematic. Andrew continues, “However, even games as big as BioShock Infinite still had a lot of PC problems on release: an FOV slider which you could only adjust 15 degrees, a mouse sensitivity slider range that was far too wide, the ability to only load one savegame at a time, autoaim which you couldn’t disable, as well as an entire set of performance, texture loading and microstuttering issues. All of these issues were fixed by the community and written up on our BioShock Infinite article literally hours after the release of the game.”

Ah, the tireless work of the people that don’t put up with a temperamental game. These folks are the backbone of PCGamingWiki, as Andrew mentioned fixes for a variety of BioShock Infinite problems were posted within days of the game’s release and that’s not the only title. When the PC version of Dark Souls was released last year, it was a less that stellar port.

Developer From Software candidly admitted at the time that their lack of experience on the PC was to blame for a myriad of issues (Director Yui Tanimura later admitted the port was “half assed”) but the fixes came thick and fast. One modder managed to find a way to adjust the locked screen resolution within half an hour of release and the fixes are still coming even in 2013 with mods to address co-op and the PvP elements of the game. Considering unpaid programmers are happy with spending their time fixing or improving parts of a game, is there a danger some developers abusing this hard work? 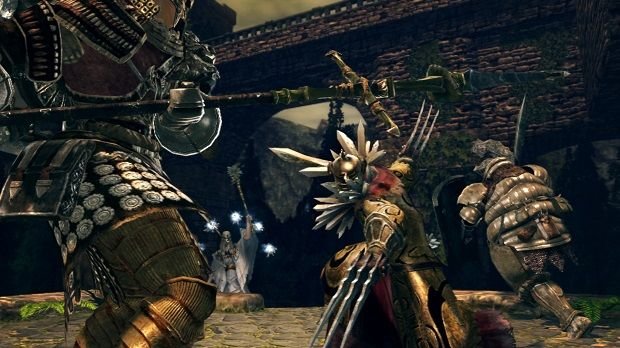 “Yes, I do think that developers rely on the community for fixes when they launch incomplete games, Andrew says. “All these fixes (for Dark Souls) reduce From Software’s development time and the post-launch support required, and they also have a huge positive impact on sales. I think it’s fair to say that developers are taking the fixing communities for granted!”

Although it’s hard to think a developer would intentionally not fix issues affecting a game, it’s heartening to know people will put in the leg-work to make fixes that can make a poor game better and sometimes even better than in its original state. PC modding is also essential for keeping older games available and running on newer versions of windows and more modern hardware. GOG.com does some great work in selling older games that come with built-in emulators, making it a cinch to run on a new PC — but there’s still room for modders to get involved.

“The size of the PC gaming back catalog is enormous — it stretches back more than 25 years and includes tens of thousands of games. It seems a terrible waste that a whole body of games becomes incompatible every time we install a newer version of Windows. This is especially true when all it takes is a few simple tweaks and fixes to get older games working on modern systems.”

As someone who spent a long time trying to get System Shock 2 to work on a modern PC, the efforts made by fans to make fixes and patches are invaluable to keep older games accessible for those wanting to play them now. Andrew told me “the System Shock 2 (on GOG.com) release actually comes bundled with a version of SS2Tool, a community fix pack for the game. And KOTOR 2‘s Restored Content Mod and widescreen fix must be responsible for nearly all of the sales of that game on Steam.” 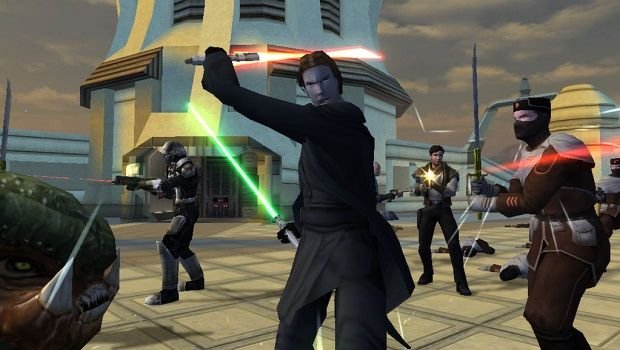 So what does the future hold for the site in the coming years? “PCGamingWiki has gone from strength to strength since the site was founded in early last year,” Andrew tells me. “The amount of interest we now get is staggering — our March 2013 visitor numbers are seven times higher than they were in March 2012, and we are continually growing.”

The idea of collecting all this knowledge from so many disparate sources seems like such an obvious one that it’s hard to figure out why it took so long for such a site to exist. Collecting all these tweaks and guides is one thing but designing a site so people are able to actually go in and share their knowledge is just as important.

“I think people are really drawn to the main concept of the site — one page for every PC game containing all the fixes and workarounds you’ll ever need. No more hunting around Google or through pages of forums and broken links — if we have instructions which are wrong or need updating, you can go ahead and edit the page yourself, no account is required.”

It’s this ease of use that’s making the wiki such an important part of PC gaming. Even when you’re not having an issue with a particular game, it’s great to get performance tips and tweaks that will improve your experience in even the smallest ways. What’s more important is that the knowledge contained in the wiki will help keep older PC games playable on current and future hardware; unlike a console, you’re very rarely able to dig out your old system to play older games that won’t play ball on your current rig.

Andrew says this is the big goal for the team: “My ambition is that PCGamingWiki will have an up-to-date page of tweaks and fixes for every single PC game that has ever been made, providing a way of dipping back into the past quickly and easily. The size of the PC gaming back-catalog is enormous, it stretches back more than 25 years and includes tens of thousands of games. It seems a terrible waste that a whole body of games becomes incompatible every time we install a newer version of Windows.”

If PCGamingWiki can even achieve 10% of that goal, then it will be truly invaluable.