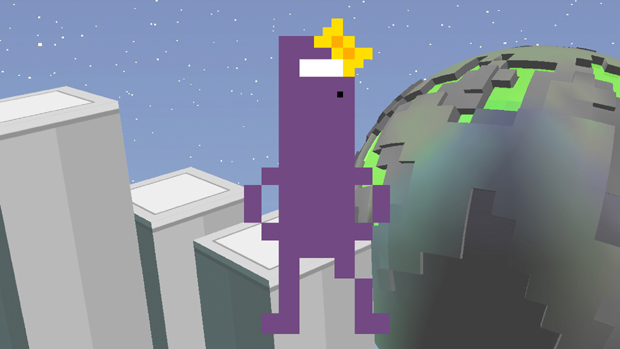 There’s been a lot of Dad-related excitement on Destructoid this weekend. That hasn’t been intentional. When it rains Dads, it pours Dads. This new Dad-centric story is proof of that.

Last Sunday on Sup Holmes, we learned that Woah Dave! creator and cheat code aficionado Jason Cirullo designed the game in part for his son. Jason’s raising his kids on videogames, walking him through the classics as they grow up, including the original Mario Bros.. Apparently his son got really good at it, which inspired Jason to make a similar game, but with infused with more streamlined, fast-paced design sensibilities. That’s how we go “Excellent Lovely Man“, and eventually, Woah Dave!.

Weirdly enough, Woah Dave! inspired yet another Dad to work on a game. Dan Adelman, former Nintendo “indie game chief” worked on a homemade Unity port of Woah Dave! a while back, in part for fun, in part for education. You can read the whole story of the game’s development over on his blog, in a post eloquently titled “I Made a Turd that looks like Woah Dave“. He put the game up for download as well. The best part is the sound effects from Dan’s kids. Woah Dave! is already a great game, but it would be even greater with a “music made by silly children” DLC pack.