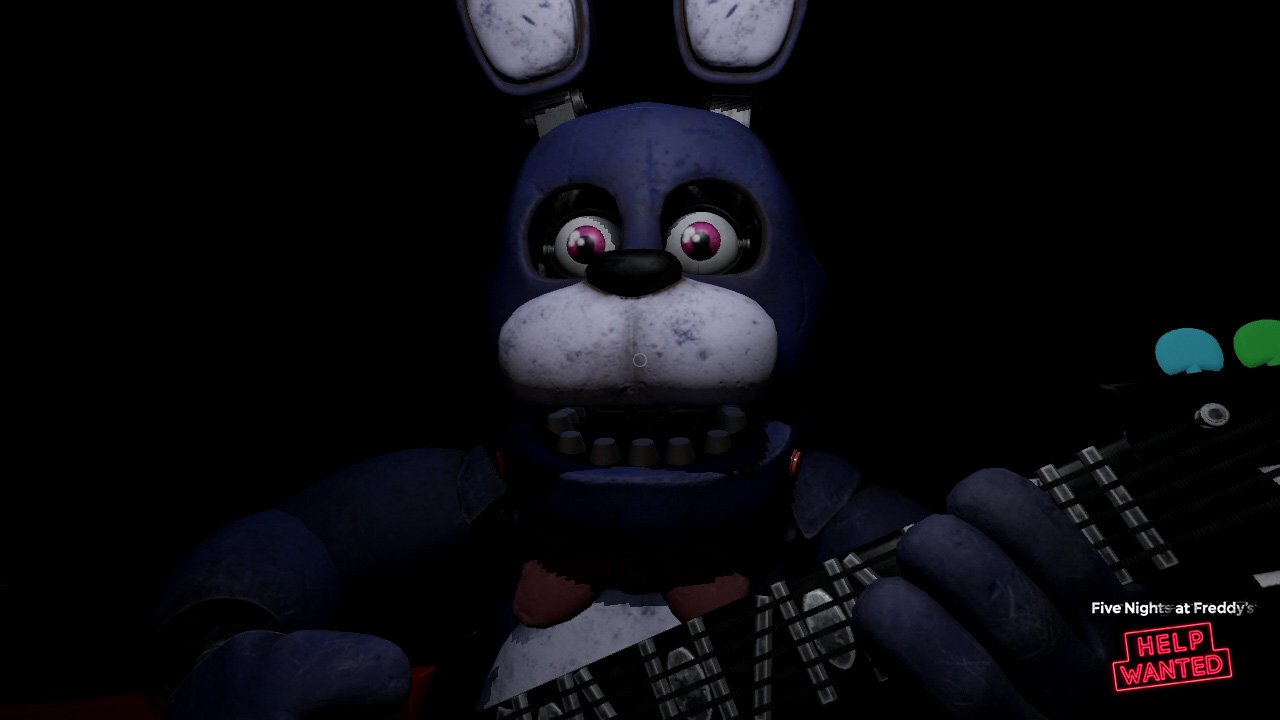 If you’re thinking of jumping into the animatronic survival series relatively blind all these years later, you can do way worse than Help Wanted. It’s a multifaceted experience that covers a lot of ground – almost like a “greatest hits” take on FNAF – and it’s discernible enough for uninitiated players to follow.

Three of the modes are inspired by Five Nights at Freddy’s 1, 2, and 3, respectively, and you’ll have to keep the creeps at bay without running out of power until dawn, but Help Wanted has several other activities. Dark Rooms and Night Terrors are flashlight-based games that require you to listen intently and trust your gut, while Parts and Service involves fixing on-the-fritz animatronics without making any sudden movements. My favorite mode, Vent Repair, is a claustrophobic puzzle-cracking nightmare.

I didn’t dig every aspect of the collection, but I appreciated that it was a collection. There’s something to be said about a horror game that lets you work your courage up and take breathers as needed.

Help Wanted VR is the ideal way to play, and it’s worth pointing out that the Oculus Quest version is “making an immense amount of progress,” but if you’re unwilling or unable to grapple with virtual reality, today’s Switch port is another option. You can get a feel for it with the trailer and screenshots.

This series has such ridiculous legs. It’s touching, in a way.