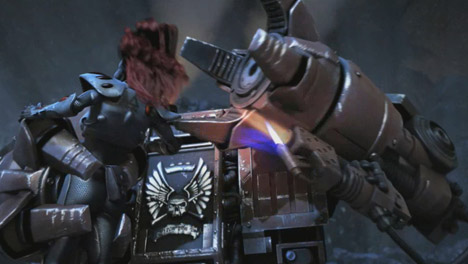 With upwards of 250,000 unique players participating in the Warhammer 40,000: Dawn of War II beta, I think we can call it a success. Although more and more these days it seems like the differences between betas and demos are diminishing, don’t think Relic isn’t going to take your feedback to heart.

The developer has released a lengthy list of all the fixes being included in Dawn of War II‘s first patch, which is now being certified by Microsoft and should be out “at launch or within a few days of the game shipping to stores.”

Relic has an explanation for some of the bigger gameplay tweaks here, but if you want the full list, click this link instead. Besides making adjustments to suppression and Requisition, the patch is also bringing two new multiplayer maps (one 1v1, one 3v3) along with it.

It’s also worth mentioning that player stats and leaderboards will be reset when the patch’s formatting changes go into effect. Sucks, I know.