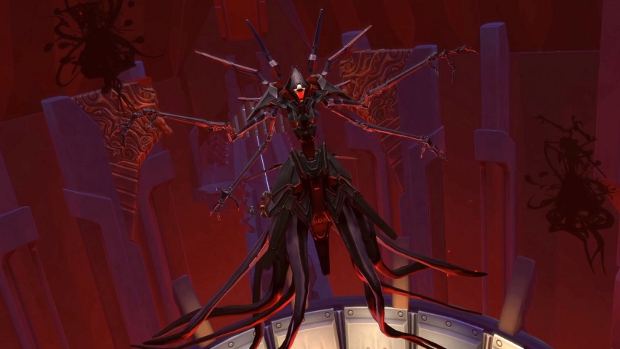 ‘Destroy the hell out of it!’

In a whopping 18-minute video released today, Gearbox Software’s Andrew Goldfarb, Aaron Linde, and Randy Varnell discussed the factions and characters in the multiplayer shooter Battleborn, before showing off the first gameplay footage of a five-player cooperative mission from the campaign.

In what looks like the mission that Abel described the other day, we see the battle play out from the perspectives of characters Oscar Mike, Montana, Thorn, Miko, and Rath. Each fighter’s standard attacks and special abilities are displayed, along with the simple leveling system and a bit of the team chatter.

The mission begins with an assault toward an objective, where it switches gears into a wave defense of the area. After that, some members of the team split off to destroy a new threat just before a boss shows up for all of the battleborn to converge upon. The demo ends with an vague visual introduction to the true enemies in the universe.

Battleborn is set to release in 2015 on PC, PlayStation 4, and Xbox One.