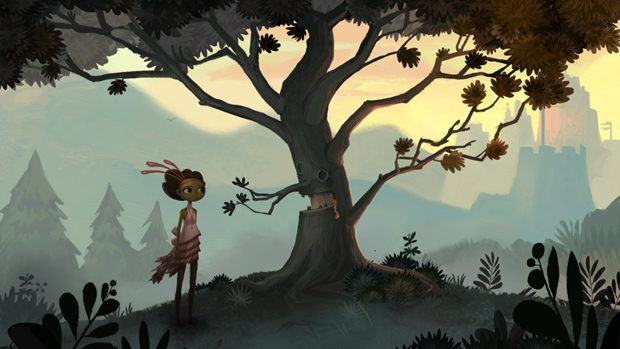 Kickstarter backers can play as of today

It’s been a longer-than-expected wait for Double Fine’s Broken Age, but it’s nearly ready. Well, part of it. The first act of the Kickstarter-funded adventure title releases on January 28, 2014 for Windows, Mac, and Linux, with iOS, Android, and Ouya versions to follow at a later date. Crowdfunding backers should have received Act 1 today — check your email.

Once it was decided Broken Age would be split into two acts — the second of which will arrive as a free update once completed — there was talk of a Steam Early Access release, but Double Fine has since decided against this approach. “For various logistical reasons, and because we believe Act 1 is a polished and satisfying piece of content in its own right, Broken Age will be a standard Steam release that includes a ‘Season Pass’ granting access to Act 2 once it is complete.”

“Coming back to the genre has been like finding an old jacket in a box in your garage that you haven’t worn in twenty years, but once you shake the dust off and put it on you realize it’s an amazing jacket and it still fits, and once you patch the holes in the pockets it could easily take a spot in your main jacket rotation,” said CEO Tim Schafer. “Oh, and also, in one of the pockets was three and a half million dollars.”

My primary motivation for contributing to the Kickstarter was to see the creation process as detailed in 2 Player Productions’ documentary series (which has been entirely worth it), but I have to say, this trailer has me pumped to play the game. Well done.