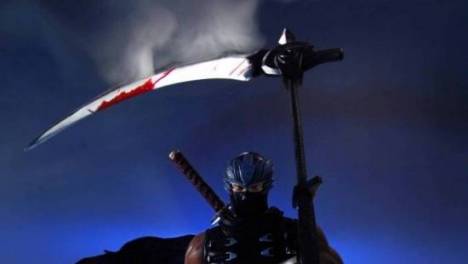 [As originally posted on Tomopop]

Normally I’m not much of a statuary fan, being of the opinion that you should actually be able to play with your toys after you buy them rather then look longingly at their stoic visages collecting dust on a high shelf. But in this case I think maybe I’ll make an exception.

First 4 Figures has unveiled the first in a series of Ninja Gaiden II figures which, of course, has been kicked off by none other than Ryu Hayabusa himself. Ryu comes in his default black costume with his tools of the trade, the Dragon Sword, Eclipse Scythe, and Falcon’s Talon. What really puts this piece over the acceptable line though are the small details First 4 Figures has put into the piece, namely the artificial grass and swords of the fallen in the base of the statue making it seem as though Ryu was simply plucked from life mid-carnage.

However, at $350 per statue this may end up being a collection dream rather than a reality for many of us. What say you? Is $350 over the top for a little piece of Ninja Gaiden II?