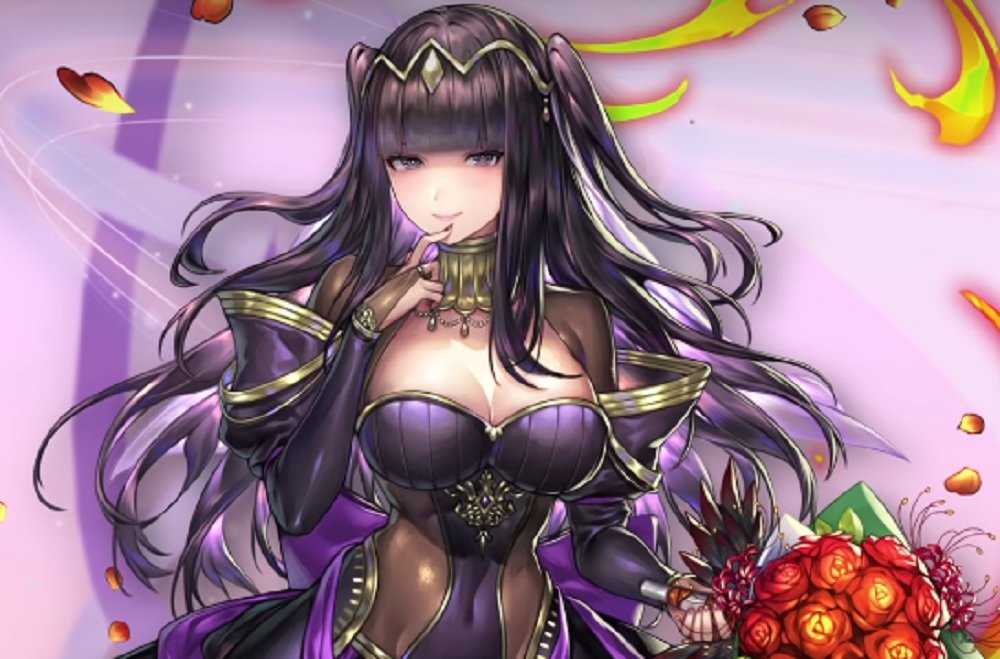 Pocket-sized battle title Fire Emblem Heroes will be getting another wave of DLC characters next week, as part of a new event known as Bridal Bloom.

On May 21 at 12:00 PT / 03:00. ET / 07:00 BS, three Special Heroes will be available in-game and ready for battle. These include the demure Ninian, from Blazing Blade, young empress Sanaki, from Radiant Dawn and Path of Radiance, and the immensely-popular sorceress Tharja, from Awakening.

As well as the new roster additions comes a new story paralogue, so you can check out the sisterhood in action. In keeping with the Bridal Bloom theme, these characters all appear wearing wedding dresses and carrying bouquets. Look, I just report it, folks.