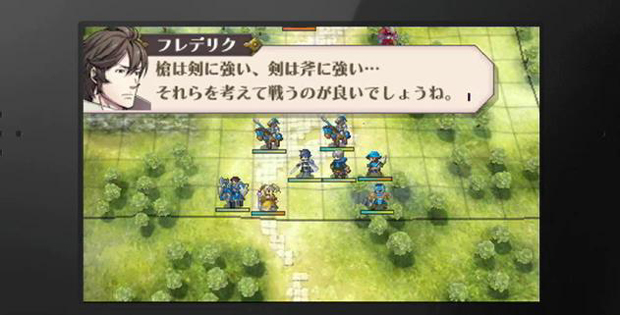 Fire Emblem is returning to Nintendo handhelds with an original 3DS title in 2012. The last release overseas was Fire Emblem: Shadow Dragon, a remake of the very first Fire Emblem title. Details are scarce as even the title is subject to change at this point. The battle scenes have clearly been revamped however, and seem to really make use of the system’s capabilities.

They also show off one of the most interesting changes to the combat system. If a unit attacks while in the range of another friendly unit the two can attack the same enemy simultaneously. This helps to deal significant damage quickly to a single target and shows off some fancy combo attack animations. The title is currently scheduled for a Spring release in Japan. Here’s hoping for an international announcement very soon.