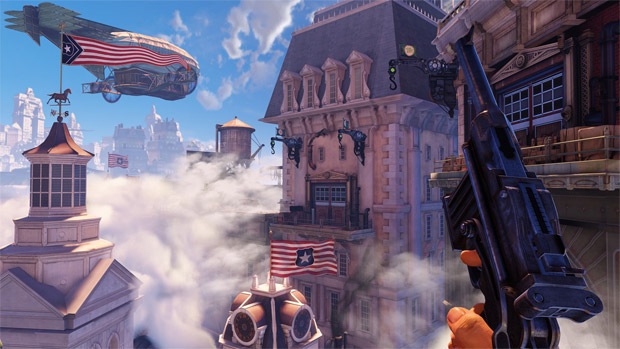 With the lack of specifics on Irrational Games’ first major DLC for BioShock Infinite, I had almost forgotten it was happening, but then again, I’m not a season pass holder. For some of you, “Columbia’s Finest” was an unpleasant reminder. Offering a dash of hope, the company tells us it will talk about the upcoming DLC in late July.

Last week, creative direction and Irrational co-founder Ken Levine said that “Things are going well, but [please] understand: game development takes time.” That it does. But this is BioShock! You know how we get. In the team’s defense, there are mighty high expectations to live up to.