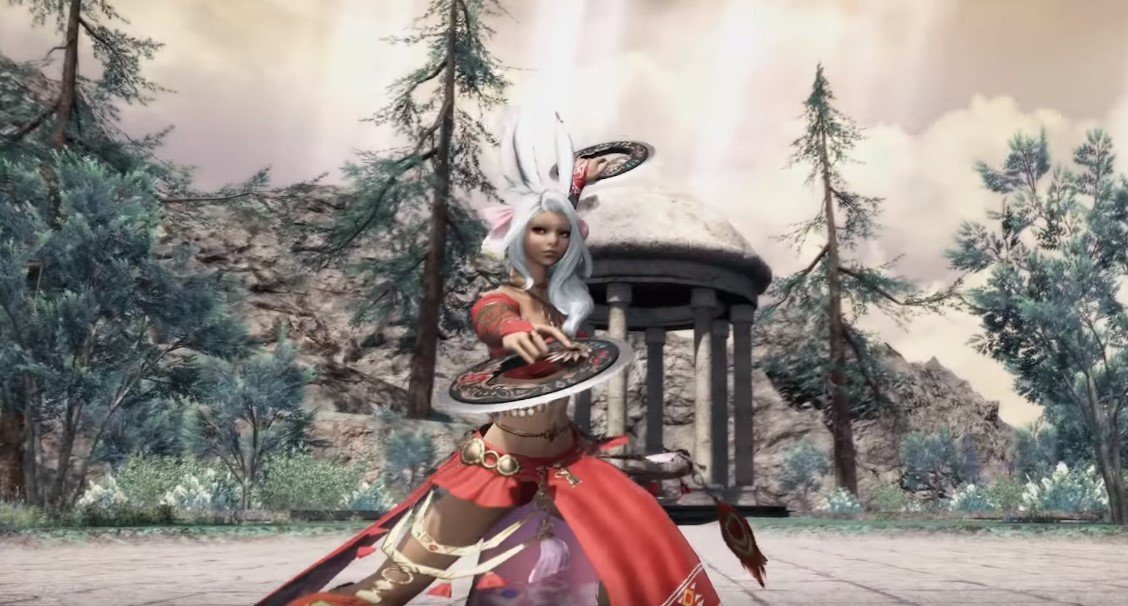 Bard has got some competition

As part of Final Fantasy XIV‘s Tokyo Fan Festival keynote, Square Enix revealed that Dancers are coming to the Shadowbringers expansion as a new playable job. Fans have been clamoring for this for years, but few expected it to be a ranged DPS class. Dancers fight with chakrams, throwing them with moves so graceful enemies probably won’t even notice they’re bleeding to death. (That’s actually a lie, they’ll still give the Dancer a ton of aggro if the tank doesn’t do their job.).

Given that Dancer is usually given a support role in Final Fantasy games, I’m surprised it’s not a healer. Then again, FF‘s Dancers have also always been associated with agile weapons such as daggers, and their healing abilities have usually been secondary to their status buffs. FFXIV‘s Bard is also classified as a damage-dealer, but it has a handful of party buffs up its sleeves too, so it’s possible the Dancer will become a similar hybrid. Either way I’m a sucker for unorthodox weapons – wielded with style – and this incarnation of the Dancer has plenty of that to spare, so I’m pleased with this surprise. Even if I don’t get back into FFXIV myself, this job will make watching others play a lot more flamboyant.

Shadowbringers is set for release on PC and PS4 July 2nd.