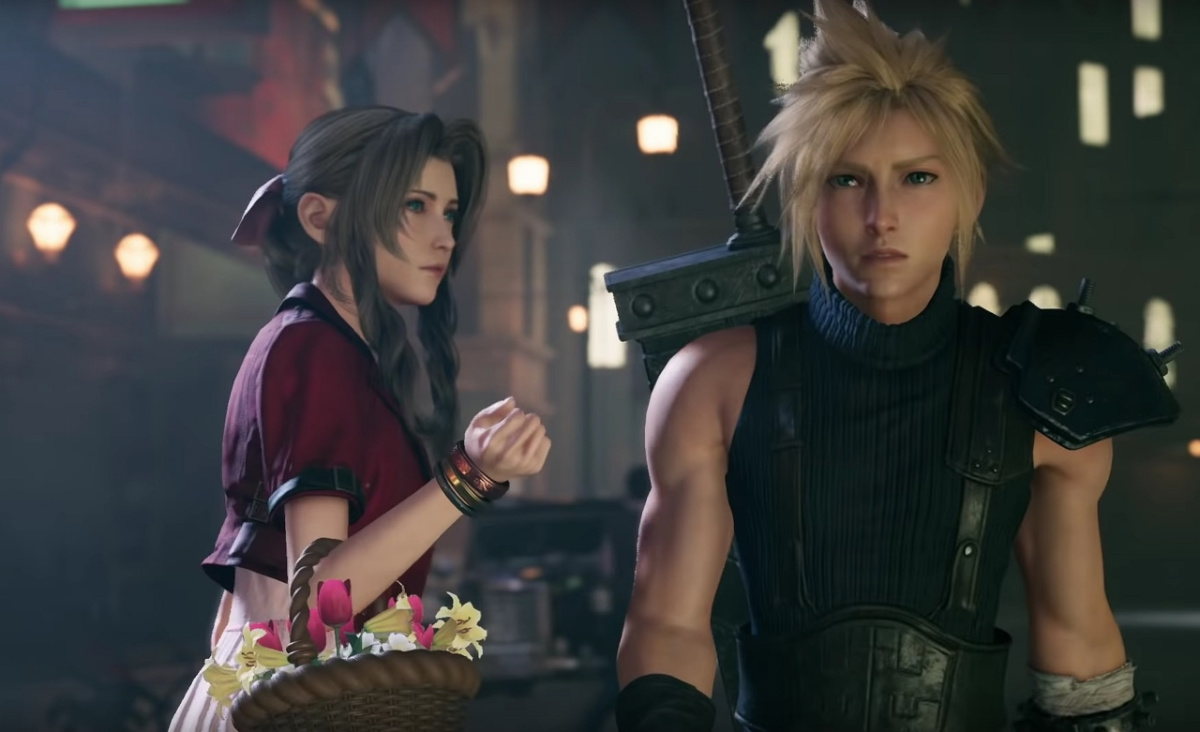 Hands-on with the E3 demo

Arguably the hottest ticket at E3 2019 is Final Fantasy VII Remake. After surprising fans with a release date just days ago, Square Enix confirmed the game would be playable on the show floor. On the first day of E3, the line to get a ticket to play wrapped around the booth as early attendees rushed to get their shot at playing. I was in that line, and a few hours later, got my first opportunity to give Final Fantasy VII Remake a shot.

The demo is relatively short. After a watching an instructional video on how to play it, I’m dropped into the heart of a Shinra reactor as Cloud and Barret. Tasked with planting a bomb and getting the hell out of there, it’s a quick climb down the various ladders and catwalks to the reactor below. There are a few Shinra soldiers and flying robots to standing in our way, giving me a chance to familiarize myself with the battle system before the Guard Scorpion boss battle that will ultimately make up the bulk of the demo.

Describing Final Fantasy VII Remake as an action game is both the most obvious and most accurate way to tell you what type of experience it is. For the demo, I can control either Cloud or Barret, switching between them on the fly if necessary. Whichever one I’m not playing as will attack on their own and the partner AI proves to be more than competent enough to handle themselves and defend as needed.

Cloud, armed with his Buster Sword, is perfect for ground enemies and one-on-one battles. Pressing the standard attack button fills his ATB. When enough of that bar is filled, I can enter Tactical Mode, slowing down time and allowing me to attack with a skill or spell, or use an item. As I take damage, my Limit Break meter fills. Once that’s full, all I need to do is go into Tactical Mode to unleash it.

The tight action gameplay meshes quite well with the menu based ATB system. It’s constructed well enough that I am always in total control of my characters and actions. Surprisingly, I don’t make any mistakes in the demo, such as choosing an attack spell when I meant to cast cure on myself. The slowing of time in Tactical Mode really does give players a breather, however it can be easy to accidentally hit the ‘X’ button initiating it when you didn’t really mean to.

Barret is useful against flying enemies or those perched on ledges above. His spells and skills differ from those of Cloud, and in the march towards my battle with the Scorpion, I switch between them as required. Once a battle is over I’m forced back over to Cloud. Switching between party members appears to only be possible while in battle.

The fight against the Guard Scorpion starts with a bang. As you’ve no doubt seen in the many trailers Square Enix has put out since announcing FFVIIRemake, it ambushes my party from above before we can complete our mission to blow up the reactor. This battle is long and far more complicated than the small fights before it. Staying alive against the robot requires ample use of the dodge and block buttons, as well as a general awareness of the battlefield to know where you can hide from its more devastating attacks. Character movement is a bit loose in the demo and camera controls aren’t nearly as tight as they need to be. Those issues make this massive fight a bit more chaotic than it probably should be. I’m never at a loss for what I’m doing, but it certainly illustrates how the combat system lacks the polish of the action games that inspire it.

I have to switch between Barret and Cloud multiple times in this fight as they both have skills and spells — the latter of which require both ATB and MP in battle — that work well against the Scorpion. It takes two Limit Breaks from Cloud while the robot is stunned to actually beat it. Several times in the fight I have to hide away and heal my team before it wipes us out. If either character falls in battle, the other will keep fighting and can revive their fallen comrade with a phoenix down.

The battle is more or less straight forward and easy enough to follow from beginning to end, but there were a few moments when the action didn’t really sync up with the other systems of the game. Several times in the match when I’d switch to Barret, the camera would be facing the wrong direction. As the robot gained new hit points to attack, its left and right legs, actually going for those parts of its body didn’t seem to make much of an impact. If anything, having those present served only to try and distract me from the fact I’d whittled the health of the thing down to one last hit.

The demo abruptly ended with the defeat of the boss. It was fun, for sure, and the length of the battle is a good indication of the types of bouts that will be in store for players with Final Fantasy VII Remake launches next year. But it is a radical change from the turn-based, materia-stacking combat of the original. Even though I only played the original Final Fantasy VII for the first time a few years ago, its battle system has stuck with me as one of the best in all of the JRPG genre.

The combat here doesn’t quite have the same effect on me yet. It is highly polished outside of a few instances of the camera not cooperating and the Tactical Mode system will no doubt be a godsend once I have access to more characters, spells, skills, materia, Limit Breaks, and more. I enjoy it enough that it isn’t a deterrent to being excited for the final product, but it is something Final Fantasy VII fans will need to experience for themselves to really get a feel of just how dramatic the change will be from the original game to this one.