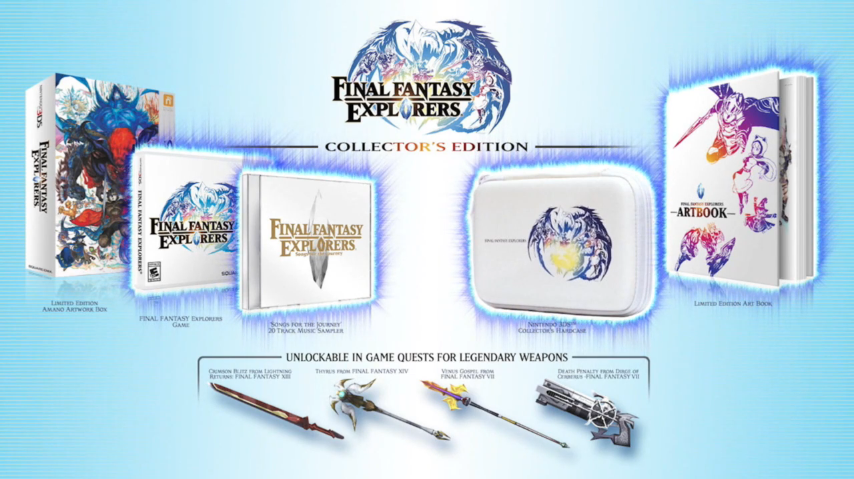 A nice collection of goodies!

Final Fantasy Explorers was shown off today during the Nintendo Direct, and man does it look great. It’s coming to North America on January 26, 2016, and will come with all the DLC that’s been released in Japan, for free.

A special edition was also announced, and comes with the game (duh), some weapon DLC, limited edition art book and box, a music sampler, and a 3DS case. Dang! Now that’s what I call a worthwhile collector’s edition. The game itself still looks great, with a ton of customization options and nostalgia thrown in for long-time Final Fantasy fans.