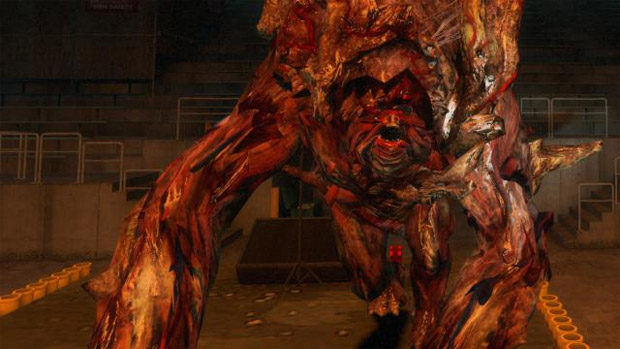 We’ve seen what happens when Left 4 Dead 2‘s survivors make their way into Resident Evil 6, so now it’s time for the other side of this Valve/Capcom collaboration to show its stuff. In the video above, we get a brief look at the RE6 “Napad” Tank skin from Valve’s Chet Faliszek.

The Napad is about the right size for a Tank replacement, and it similarly looks like something I would want to continuously shoot at until it stops moving. Job well done, I’d say. If you want to grab the new skin, you can do so right now via the Left 4 Dead 2 Steam Workshop.