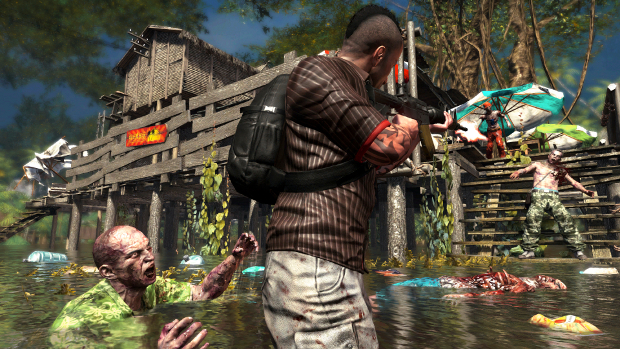 He could beat the sh*t out of you

If you got bored of the four characters that were in the original Dead Island, I’m sure you’ll be happy to know that a fifth playable character is on his way to the Dead Island Riptide roster. John Morgan (who can be seen not the guy about to get his ass bit off by a zombie in the above screenshot) was formerly in the US Navy, but for some reason ended up a cook on a military ship. Now, the ship has wrecked off the coast of the island where said game will take place.

With a hand-to-hand move set that could have only been inspired by this video/mod that became pretty popular almost immediately after the first game launched last year, it appears that John’s Navy training will come in hand (see what I did there?). Good thing he’s playable right from the start through the entire game. I really, really hope he screams, “ATATATATATATATA!” It would ruin it for me if he didn’t.