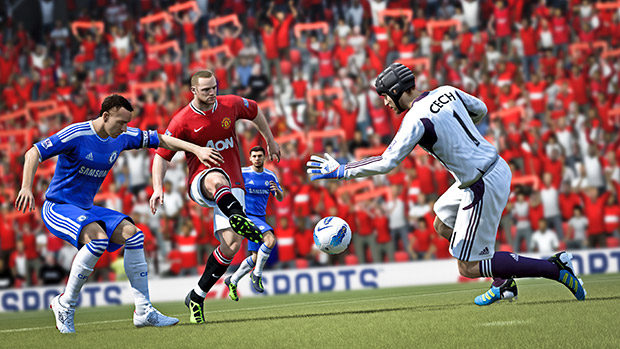 EA Sports’ venerated FIFA franchise is continuing its tradition of staggering success with another monster year in 2011. The newest installment of the series, FIFA 12, has scored unprecedented sales numbers with an estimated 3.2 million copies sold across all consoles in less than one week, according to EA’s internal estimates. (The game launched one week ago on September 27 in North America, and on September 30 worldwide, and EA’s tracking data goes through Sunday, October 2.)

With those figures, FIFA 12 comes in not only as the biggest launch of 2011 so far — beating out Gears of War 3, the year’s previous record holder with over 3 million first-week sales — but also as the most successful launch in the history of sports videogames. In this case, EA Sports was simply breaking its own record: FIFA 11 had, until now, the best all-time sports-gaming launch week with 2.6 million copies sold, which means that FIFA 12‘s sales numbers are up about 23% year-over-year.

These sales numbers don’t take mobile gaming into account; the iPhone/iPod Touch and iPad versions of FIFA 12 have combined for 879,000 sales. The iPhone title has shot to the top of the iTunes charts in 30 different territories worldwide.

With all those copies sold, there was bound to be an astounding number of cumulative game time. Indeed, FIFA 12 players have already racked up more than 200 million minutes’ worth (that’s over three million hours) of online games. Most of them played on the first day of FIFA 12‘s opening weekend: Saturday, October 1, which became the busiest online day in EA Sports history with over ten million game sessions across all EA Sports titles — nearly eight million of which came from FIFA 12 alone.

At this point, the numbers are so large (and so, um, numerous) as to render me speechless. All I can say is, I guess people really like soccer and soccer videogames.