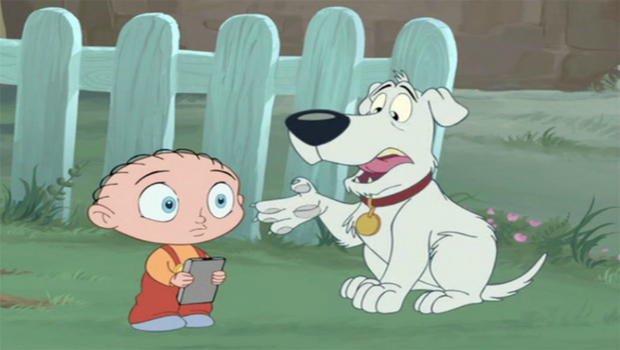 Internet detective and game blog celebrity Geoff Keighley ‏ caught a conspicuous Amazon listing for a new game: Family Guy: Back to the Multiverse. So far, it looks like the game is being published by Activision, and the only listing is for the Xbox 360. For those of you who don’t follow the series, Road to the Multiverse was one of the most popular recent episodes in the series, featuring Stewie and Brian in a journey across, well, multiple universes.

It’s speculated (basically by me) that the game could feature a number of locales from that episode, as well as some new areas that the game’s writers can basically make up nonsensically in a five minute creative meeting. As for the show, here’s a protip from someone who still watches Family Guy, hoping it will eventually get good again: don’t watch Family Guy.

Family Guy: Back to the Multiverse (@geoffkeighley)