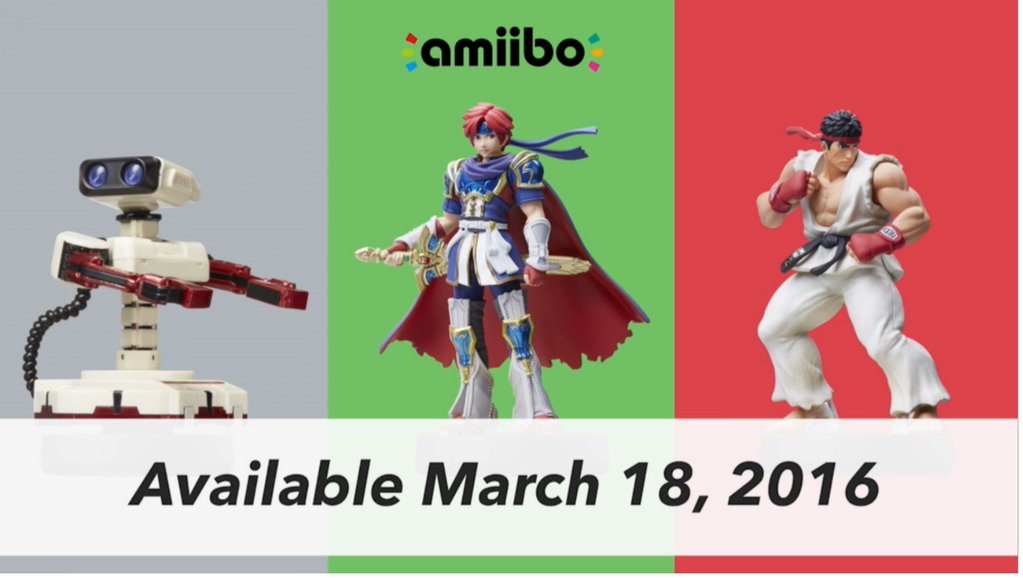 While a lot of fun news came out of the Smash-centric Nintendo Direct yesterday, the amiibo bits kind of slipped under the radar a bit. The publisher has confirmed that the Famicom R.O.B. (previously not available in the west), Ryu, and Roy amiibo will be available on March 18, 2016 in the US.

And while it’s been previously confirmed that all Smash characters will be getting amiibo, Nintendo just wanted to make it clear that Cloud, Corrin, and Bayonetta will all be getting their own figures as well. The next wave of amiibo is set for January, and includes Lucas, Mr. Resetti, Blathers, Kicks, Celeste, and Shovel Knight (the latter of which launched this month in Europe).

Gold Mega Man will drop in February, the aforementioned three in the title launch in March with the Wolf Link & Midna figure, and Timmy & Tom Nook (Target exclusive, one figure), Rover, and Kap’n still have unconfirmed dates. Here’s a full list of every confirmed amiibo.