Despite its technical shortcomings, the Famicom (and, by extension, the NES) was a great platform for the vertical shooter sub-genre. It might even be my favorite because, although there was never a port of Raiden for the 8-bit console, developers had to be a bit creative. Famicom shooters are more measured since bullet hell is technically not possible within the strict sprite limitations. Not that I dislike bullet hell, I just prefer a saner approach.

While my personal favorite to point to is Gun*Nac, Konami’s Japan-exclusive Crisis Force is a close second. In fact, Crisis Force even has a few advantages over my beloved Gun*Nac. I don’t think the decision-makers at Konami are even aware that Crisis Force exists, which is criminal. No top-shelf Famicom game deserves to be forgotten like this, but I suppose the top shelf is the best place to collect dust. 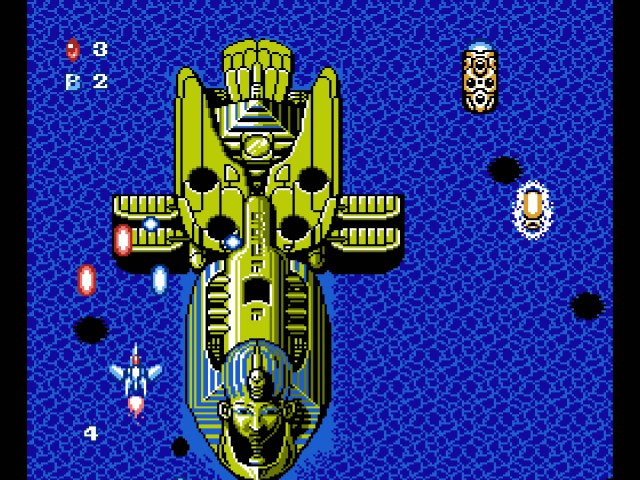 Released quite late into the Famicom’s lifespan, Crisis Force may be the most technically impressive shooter in the system’s library. Maybe. Summer Carnival ‘92 – Recca was pretty awesome, as well. The point is it was very difficult to create a shooter like this without any slowdown while still throwing in some flashy effects and lots of on-screen sprites, and Crisis Force makes it look easy. It doesn’t have the option to reduce flicker – something that games like Gun*Nac did – but it works well enough out of the box.

The story is rather predictable. Aliens attack Earth (Tokyo, to be specific), and you’re the last competent pilot in the world who is equipped with a really good ship. The aliens are bad, so you have to shoot them all.

The aliens also have, like, Pharaoh heads on their battlecruisers, which reminds me of ancient aliens conspiracy. You know those ones where star people came down to teach us how to build really big rock piles because we couldn’t do it ourselves? And the rock piles are for communication or starship refueling or something. I don’t know; my parents sometimes have the History Channel on.

Your ship transforms into three different configurations, which affects which direction your bullets go. There are also the somewhat traditional red-and-blue upgrade paths, with blue being “normal” and red being “special.” Normal essentially just lets you put ordinance out in directed paths, while special is a bit fancier. The transformation is honestly not the most well-utilized feature. Not all that much creeps up from behind you, so spraying death in the most direct manner is a functional strategy for much of the game. 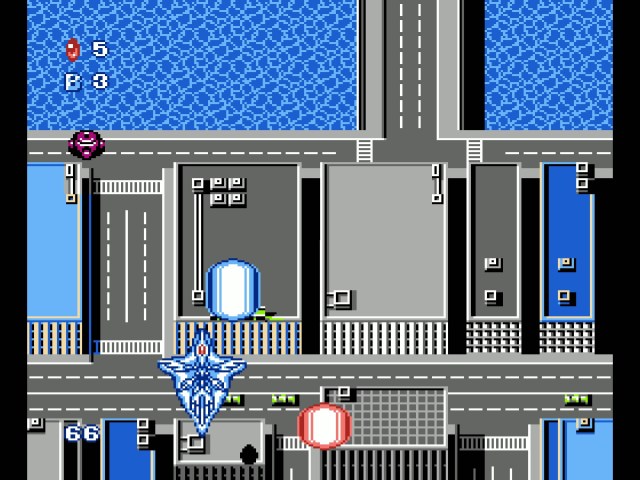 It belongs in a museum

The best and worst part of Crisis Force is that it is the absolute image of an NES or Famicom shooter. I think if an AI had to take a whole bunch of data on the system and cobble together the image of what a standard shooter looks like on the console, it would look like this. If a developer wanted to emulate the visual style of NES shooters for their game-within-a-game, it would look like Crisis Force. That takes away from the technical impressiveness of the title, however.

The gameplay, as mentioned, is rather traditional. If there’s one thing that it does differently, it allows you to power up into a bigger form. In 2-player mode, the two ships combine into one. This not only makes you invincible, it also sends death in all directions for the amount of time it lasts.

There’s also the typical area-clearing bomb. Couple of things to note about them: first, they change depending on what form your fighter is in, and second is that they’re refilled every time you lost a life. There isn’t much reason to hold onto them, especially in a boss battle. 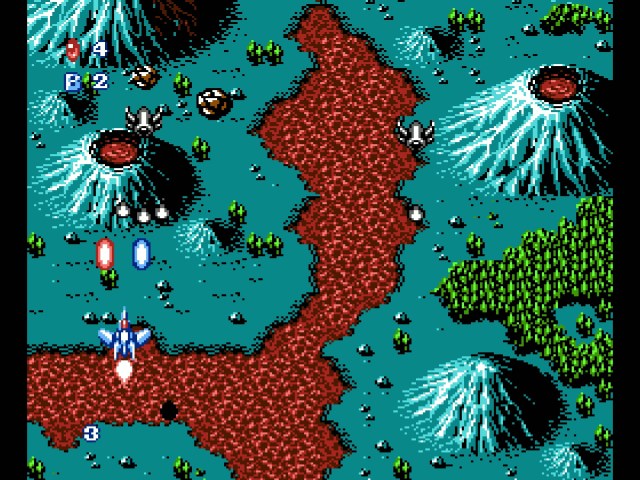 There isn’t much more to really say about Crisis Force. Your little fighter travels from the bottom of the level to the top and then there’s a boss. Other than that, it’s your typical solid late-release Konami effort. While the design team didn’t go onto bigger and better things, the programmers had a hand in some great efforts including Shadow of the Colossus and the Ganbare Goemon series.

As I mentioned earlier, if Konami knows that Crisis Force exists, they haven’t really given any indication. It doesn’t seem to ever have been ported to another platform or landed in a collection. The price of a cartridge on the collector’s market is relatively high for a Famicom game. It was never localized to North America, though there is no Japanese text in the game. It used Konami’s custom VRC4 chip, which might be the reason it never made it over here.

It’s shame, as it’s one of the console’s best shooters, and now it languishes in obscurity.