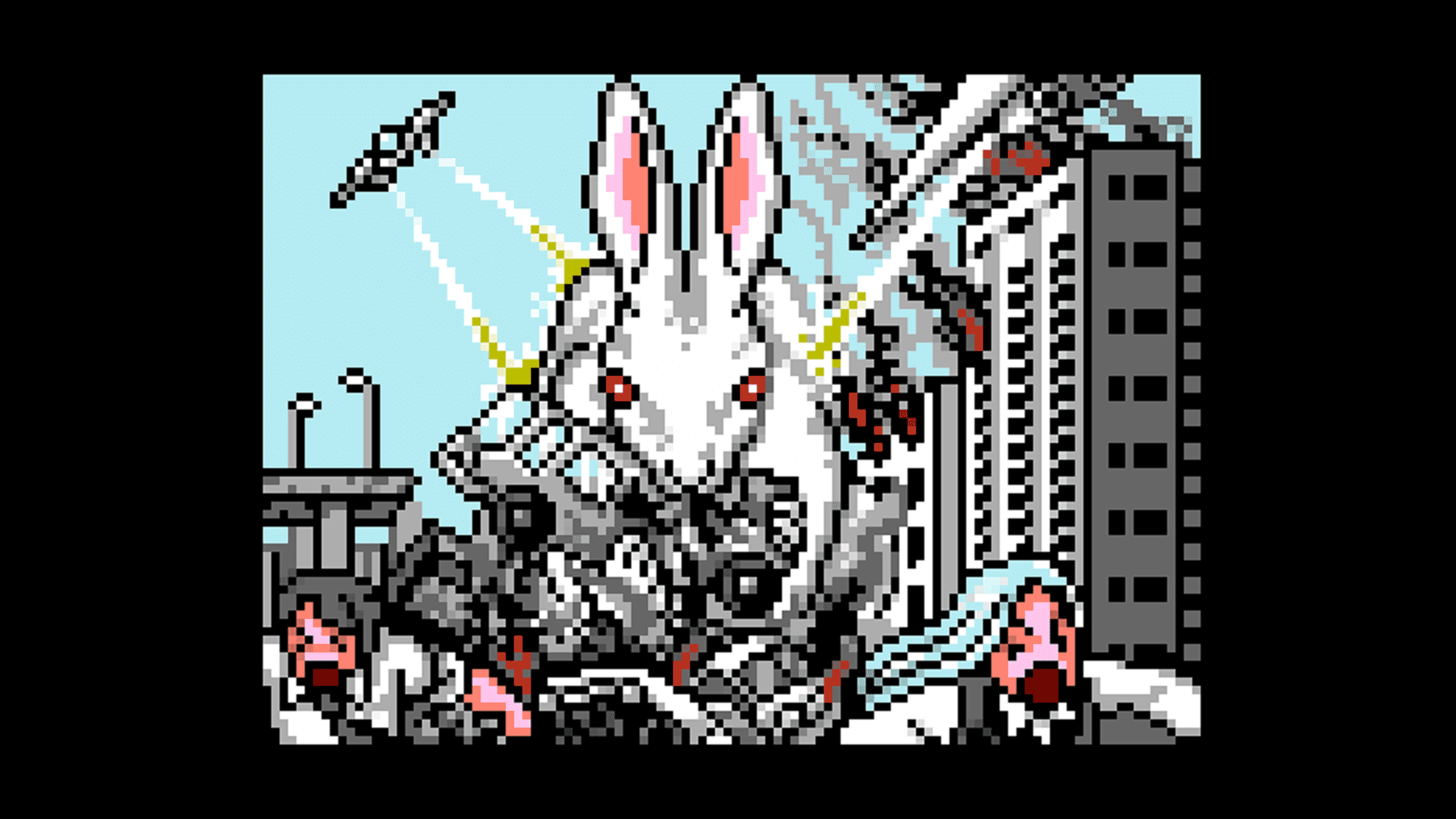 Gun*Nac is a worthwhile trip to Iota Synthetica

The NES wasn’t particularly well suited for vertical shoot-’em-ups with its sprite limits and slow processor, but somehow a lot of notable titles landed on it. Life Force, Crisis Force, 1943; the games worked better than they had any right to.

The one that intrigues me the most is a more obscure title called Zanac. Developed by Compile, I absolutely suck at it. It was slick and used a scaling difficulty system that you had to carefully manage lest you become overwhelmed.

Their follow-up to that went in a completely different direction. It was Gun*Nac and it ditched its scaling difficulty system in favor of insanity. These days, Compile is best known for creating Puyo Puyo, but they have a pretty diverse portfolio that includes Golvelius, The Guardian Legend, and the not terrible Sega versions of Ghostbusters.

Gun*Nac was what drew me to the developer. I actually bought it back in the days when I was collecting retro games because I was poor and they were a cheaper alternative. It’s funny, because now I couldn’t afford Gun*Nac since it’s exceeded $550 on the collector’s market. I bought it largely on a whim, but it instantly shot up the ranks to be one of my favorite NES titles.

Released in 1991, Gun*Nac feels like a kitchen sink approach to the shoot-’em-up genre. Did you ever fully upgrade your weapons in Raiden? It’s an amazing experience as everything gets wrecked almost the moment it gets on screen. It’s almost too much, but it’s the equivalent of having a pinball machine screaming “Jackpot! Jackpot! Jackpot!” at you. It presses this spot in your grey matter that makes you feel like the big cheese. The narrative of Gun*Nac involves an incredibly materialistic society suddenly having its products turned against it. This means robot bunnies, apparently.

The levels are eclectic. There’s a logging industry level, banking, battleships. Enemies are similarly varied with everything from totems to coins flying at you. There’s a lot of them, too. Gun*Nac has a weirdly forward-thinking option in its menu that allows you to prioritize speed or flicker. You can cut down sprite flicker if you’re all right with some slowdown, but if you’re okay with the odd flashing enemies, you can opt for a more solid framerate.

There are five types of main weapons and four types of bombs. Both can be upgraded. The weapons deal different flavors of destruction, but remember which number is which. Collecting the same number upgrades your weapon to the next level. Thankfully, if you crash into a different number, it changes your weapon but leaves the power level the same, thus saving us from heartbreak.

The bombs are upgraded in the same way. Each one is shown as a letter, and collecting two of the same consecutively upgrades your bomb. Just be careful, upgraded bombs use more ammunition. They all clear the screen to begin with, but doubling their power deals more damage to bosses, increases their coverage, and extends their duration. I’ve got my favorite weapons. Number 4, the flamethrower. Once upgraded, it splits into three huge beams and protects you from flanking projectiles (it doesn’t screenshot well). The only downside is that when you hit a metallic object, its automatic rapid-fire makes the high-pitched “ting” noise into an all-out squeal. As for bombs, that goes to W, the water bomb. I don’t know, I just like its coverage.

Any way you go, you’ll be filling the screen with destruction in no time. It’s not impossible to be hit, however. Gun*Nac isn’t the hardest shoot-’em-up I’ve played, but it isn’t the easiest, either. Taking a hit doesn’t kill you outright, but it destroys your wings and reduces your weapon power. You can get them back by either dying or collecting a wing power-up, but you’ll be rebuilding your arsenal.

It just joyfully lets you load yourself up. Even in later levels where there’s constant pressure, it’s entirely possible to max yourself out. In between missions, you visit a shop where you can spend money to buy further upgrades or build a cache of bombs gifted to you in future levels. It’s not that other shoot-’em-ups don’t want you to beef up your fighter, it’s just that Gun*Nac understands that it’s at its best when you’re annihilating everything on screen. Gun*Nac holds a special place in my heart. It hits a sweet spot, being weird, fun, but still challenging. It’s a friendly shooter, but it isn’t afraid to kill you. It’s Twinbee while also being Gradius.

Beyond that, it’s also really solid. It maybe doesn’t surprise in the way Crisis Force does, but it’s more energetic than many others on the system. It doesn’t carry that quarter-sucking stench, either. The first few levels are a breeze, then it starts upping the pressure, and, really, that should be how goes.

It’s also technically capable if the flicker vs. framerate option didn’t make that obvious. It knows how to go big on a console that couldn’t usually handle it very well. Compared to the next generation of shoot-’em-ups, it doesn’t feel like too many sacrifices were made. We still have big weapons and screen-clearing bombs. There are still large bosses and lots of enemies.

But what I want to stress is that Gun*Nac is just fun. It doesn’t ask too much of you when it comes to learning its ins and outs. There’s no overreach in trying to be smarter than you or demand that you put in a lot of time to make progress past. It challenges but is more focused on entertaining. Not many shoot-’em-ups of the era — a time dominated by arcade ports — can make that claim.