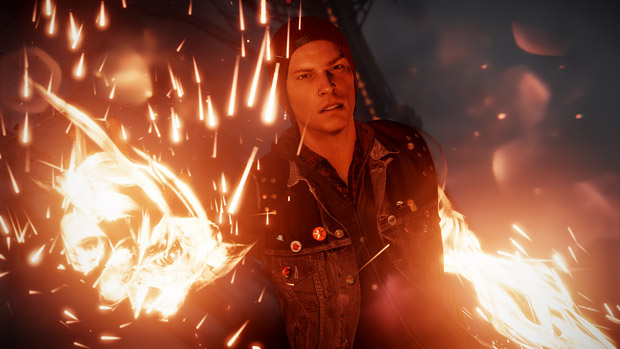 inFamous: Second Son may have moved away from mainstay protagonist Cole, but newcomer Delsin looks as if he’ll fill the role’s shoes quite aptly. Causing wanton destruction is a series staple, and he seems to be perfectly capable, while the Emerald City should serve as an interesting backdrop for the mayhem.

As indicated by this trailer, Delsin isn’t the lone superhuman in town, as a woman by the alias of “Fetch” also possesses some sort of powers. Unfortunately for her, landing softly isn’t one of them.