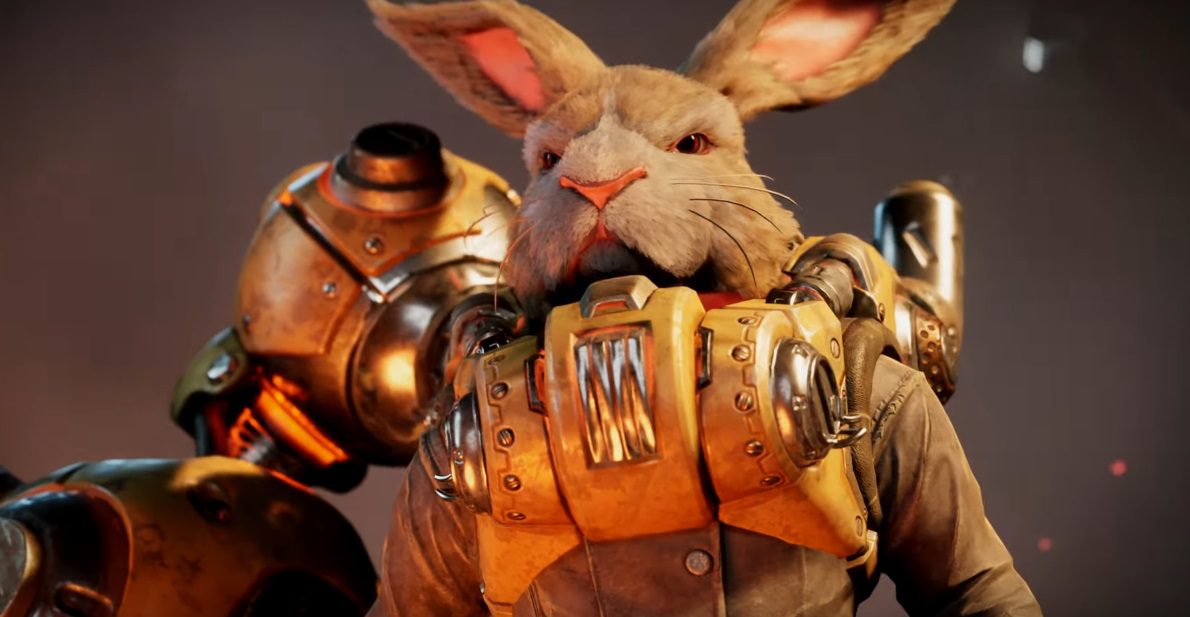 But Epic Game Store release will be a little late

TiGames’ brilliant furry metroidvania F.I.S.T. is now available to purchase on PC via Steam, following its September release on PlayStation platforms. An Epic Games Store port was also scheduled, but unforeseen circumstances have since pushed it back to a later date. Yes, it’s me telling you to play F.I.S.T.: Forged in Shadow Torch again. Sorry not sorry.

F.I.S.T.: Forged in Shadow Torch is an industry and anarchy-themed adventure that sees a world-weary war hero take up arms (literally) once again after his old war buddy vanishes from the miserable, grimy streets of Torch City, taken prisoner by the suffocating corporate entity known as “Legion”. With the help of a rag-tag band of resistance fighters and what little reserve is left in the ol’ tank, Rayton Rabbit begins a gloomy but action-packed escapade to climb Forge Tower, rescue his friend, and maybe even return the burned-out ‘berg to its humble days of former glory.

Sneaking out under-the-radar, F.I.S.T.: Forged in Shadow Torch is an excellent adventure, featuring a great cast of anthropomorphic characters, a doom-laden plotline, intricate and detailed visuals, and deep and very adaptive combat mechanics. It can be tough to take a chance on a new, unestablished IP, but if 2021 has taught us anything, (Death’s Door, Tails of Iron), this is the year of the oddities. If you’re a metroidvania fan, I urge you to take a chance on what I genuinely believe is one of the year’s best releases. Oh, and you can currently bag the Steam edition with a 10% price discount.

F.I.S.T.: Forged in Shadow Torch is available now on PS4, PS5, and PC via Steam.