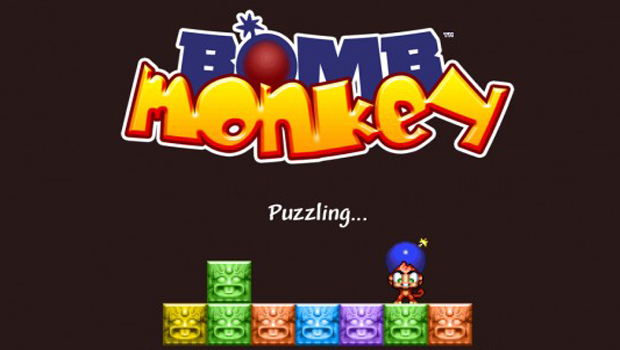 Sometimes when you’re at PAX East eating a $8 cheeseburger and waiting for your batteries to recharge (literally and figuratively), you’ll end up having an amazing time. That’s what’s happened to me on the day that the amazing Jools Watsham (Mutant Mudds, Sup Holmes?) ambushed me in the hallway with an unreleased, never before seen game called Bomb Monkey. It’s a great little puzzler, reminiscent of Super Puzzle Fighter and Critter Crunch, but with a style all its own.

It even has dual screen competitive and co-op modes where one player plays off the lower screen, controlling the action with the d-pad, and the other plays off the upper screen using the face buttons. That may sound like it wouldn’t work, but because the game is so simple to control, it’s pretty much perfect. Getting so many features in a budget-priced title like this is a nice surprise.

That wasn’t the only surprise I got that day. My time with the game ended with the sudden appearance of a human being that is very hard to ignore. I can’t wait to show you the new TtWaV, guys. It’s going to be a hoot.