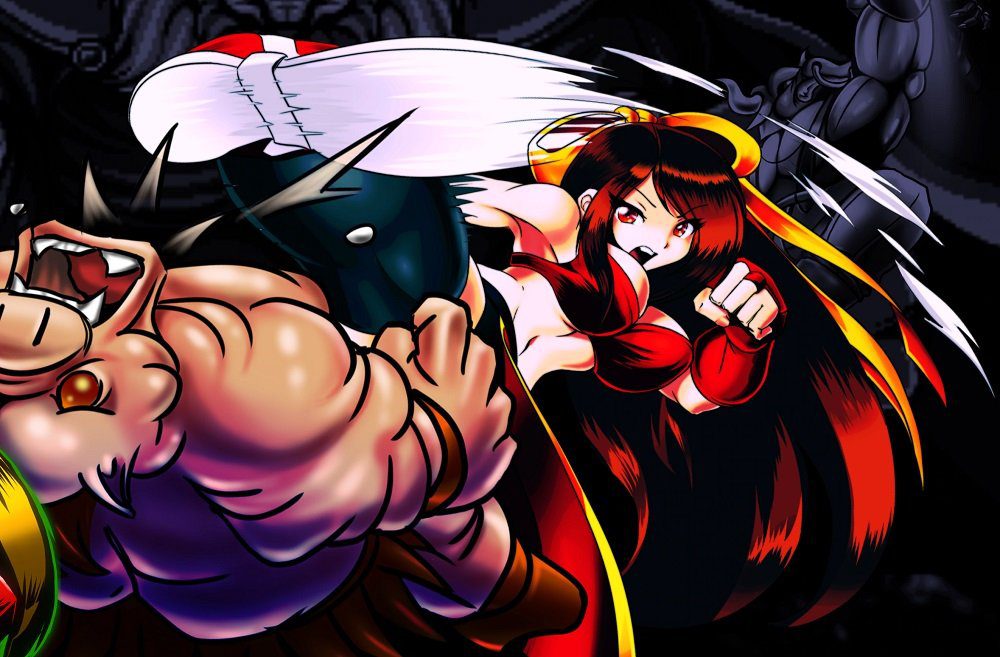 That’s right, I’m here to bang on about Fight’N Rage once again. The awesome throwback brawler – which originally launched on PC in 2017 before making the transition to consoles just last year – is next in line to receive a physical release courtesy of merchandiser Limited Run Games.

The Fight’N Rage physical edition includes a boxed copy of the dystopian adventure on PS4 or Nintendo Switch, complete with instruction manual and three sheets of cute stickers. Die-hard fans will also be able to bag a Soundtrack Bundle, which includes the game and a CD of Fight’N Rage’s incredible pulse-pounding score, as composed by Gonzalo Varela. Finally, a keychain of bull-headed warrior Ricardo will also be available as a separate purchase. All of the above items will be able to pre-order from the Limited Run Games website from January 1, 2021.

Fight’N Rage is a true labor of love for designer, artist, and developer Sebastián García (Seba Games Dev). An authentic tribute to the scrolling brawlers of the ’90s, Garcia’s contribution to the genre excels thanks to its deep combat system, fantastic pixel visuals, grim branching storyline, three-player co-op action, bizarre cast, and a bursting-at-the-seams list of features, including combo trials, screen filters, a training mode, unlockable goodies, and more.

Fight’N Rage, quite easily I might add, made it on to my short list of the best games of the last decade, and is also among my top five scrolling brawlers of all time. Get acquainted.