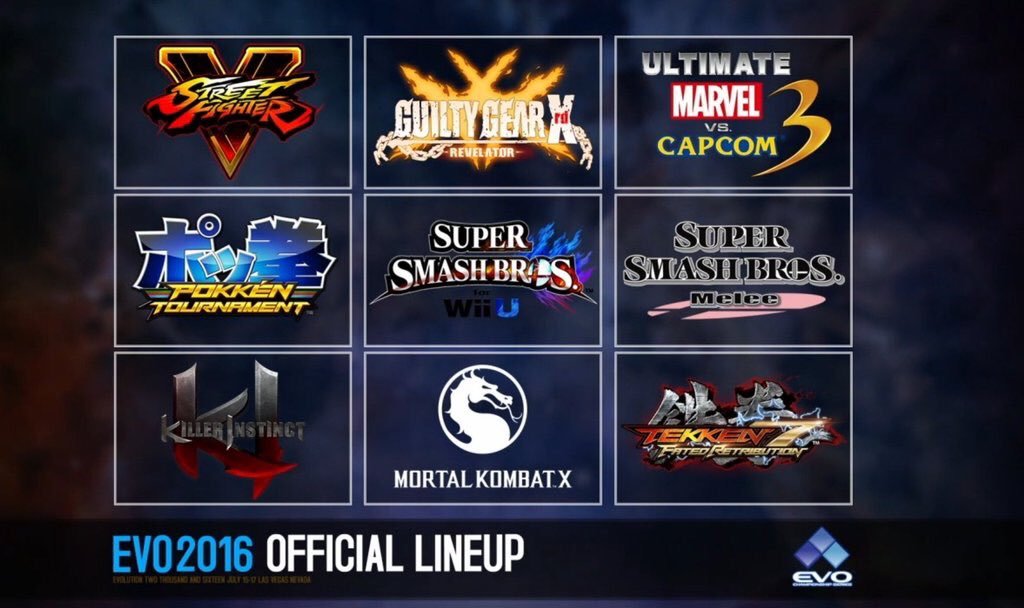 In the middle of a Twitch stream for Redbull’s eSports channel, the Evolution Championship Series (call it EVO if you want to make friends) co-founder Joey Cuellar announced the lineup for this year’s event.

I haven’t been even decently okay at a fighting game since Soul Calibur II. I wanted to get into Persona 4 Arena, but I’m sort of the worst at it. With EVO coming to the Las Vegas Convention Center July 15-17, maybe I’ll have time to familiarize myself with one of these games so I can figure out what the hell is happening.