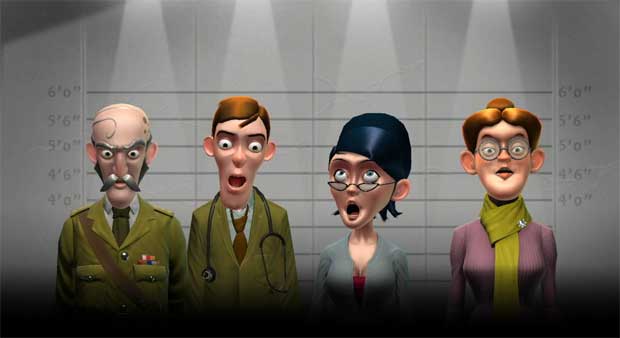 Relentless Software has announced that its six-episode murder mystery game, Blue Toad Murder Files: The Mysteries of Little Riddle, will hit the PlayStation Network on March 25. Episodes 1-3 will be available as a bundle for $14.99, or you can buy the individual episodes for $7.49. Do the math on that one. I’ll wait.

As a “murder mystery” the game is basically exactly what you’d expect. You’ll choose one of four of the Blue Toad Detective Agency’s members, following clues and solving puzzles to uncover a murder. (Hint: I didn’t do it this time, okay?)

Relentless is best known for developing those Buzz! quiz games for Sony, so this is an interesting change of pace. The title has already been released in the UK, so for those who’ve played it, let us know what you think.