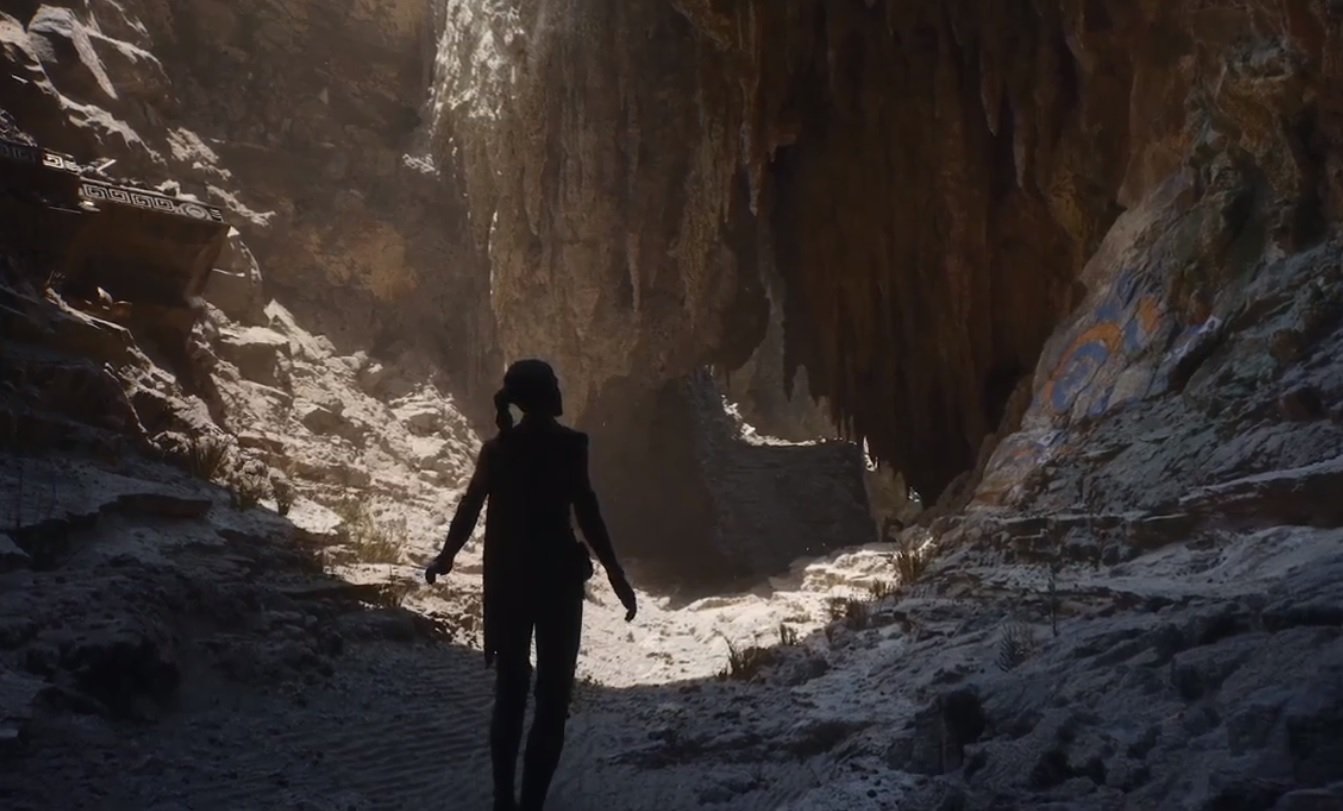 Enter Lumen in the Land of the Nanite

Today during a Summer Game Fest showcase stream, Epic Games has revealed Unreal Engine 5 with a new demo they are calling “Lumen in the Land of Nanite,” shown on the PlayStation 5.

There’s two technological advancements at play here for this faux game: Nanite and Lumen. For the former, Epic says that the engine uses 8K textures, and “millions of triangles of source technology in each frame, for roughly 20 million drawn triangles.” Their main goal is “to achieve photorealism on par with movie CG and real life,” but also maintain a high framerate and performance. The demo shows off “hundreds” of objects at once and maintains a smooth framerate on PS5. Yeah: I’m interested in a Souls-level universe with this tech keeping everything stable.

Lumen, as expected, deals with light. Epic calls it a “fully dynamic global Illumination solution that immediately reacts to scene and light changes.” Evidently developers can bend Lumen to their will, performing gargantuan feats such as “changing the sun angle for the time of day,” or something as simple as flashlight physics. I’m gonna need another Alan Wake with Lumen, stat.

You can watch the footage below and witness all of the advancements for yourself. Epic has also confirmed that there is a “$1 million royalty exemption for Unreal Engine game developers,” and has launched Epic Online Services “for all game developers.” Epic Online Services includes “lobbies, matchmaking, peer-to-peer connectivity, player data storage, achievements and stats, leaderboards, game analytics, and player ticketing” as well as cross-platform accounts, with voice chat “coming later.”

Unreal Engine 5 is coming in 2021. First an “early 2021” preview will arrive, followed by a “full release in late 2021.” “Current and next-gen consoles” are confirmed, as well as PC, Mac, iOS and Android platforms.