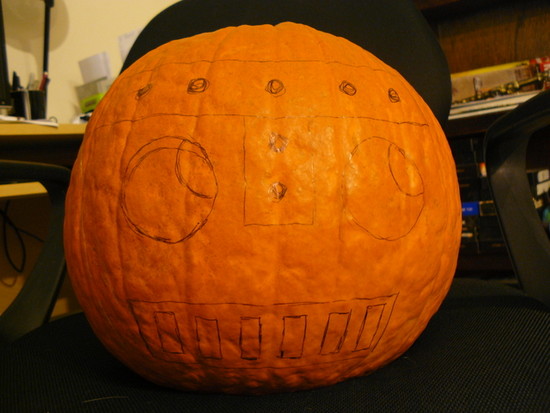 [Savant, in his vain attempt to actually see something, passed this gem from our community onto me. I’ve been seeing other sites post up pictures of gaming pumpkins, and while some of them are cool, none of them made me giddy like a Mr. Destructoid pumpkin. This is bloodylip’s continuation from his first pumpkin-ing adventure, so check that out, too. Now that it’s Halloween, let’s see you guys make some awesome pumpkins! — DMV]

It’s time for the second and final entry in the Epic Pumpkinry series. This time, I decided to carve something near and dear to us all: Mr. Destructoid. There aren’t many photos this time around. I was very busy yesterday, so I was working quickly and my hands were full of pumpkin. I’d have been killed if I touched my wife’s camera with pumpkin hands.

Above is the initial sketch. This one was much harder to do, because of all of the straight lines and the placement of his eyes. I ended up erasing a lot and redoing it. 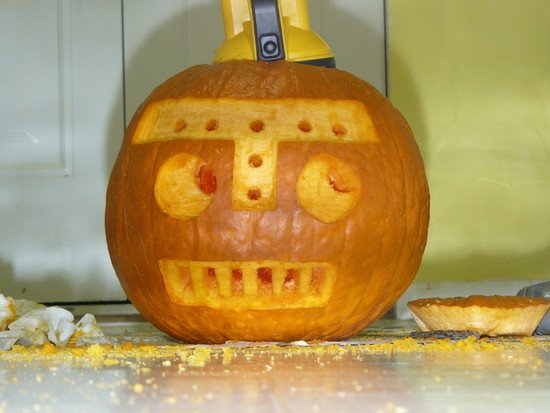 This is the final product, sans light. As you can see, my kitchen floor was a bright orange color, as were my hands before I washed them to take the picture. 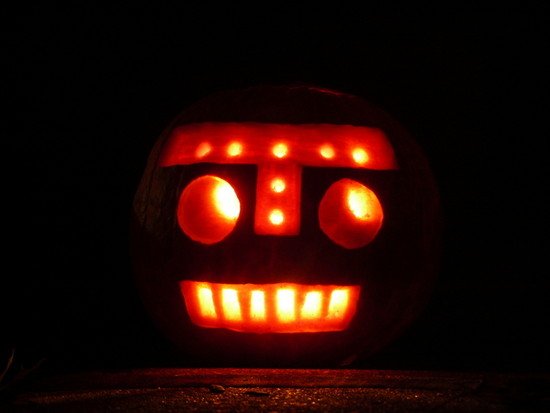 Mr. Destructoid in all his lighted glory. He’s kind of shitty looking because I was in a hurry. I’m not very happy with the result. His teeth are what I’m especially unhappy with. I made the space in between too thin in some areas, so they look all crooked like a Kentucky redneck (I think we all know who I’m talking about here). 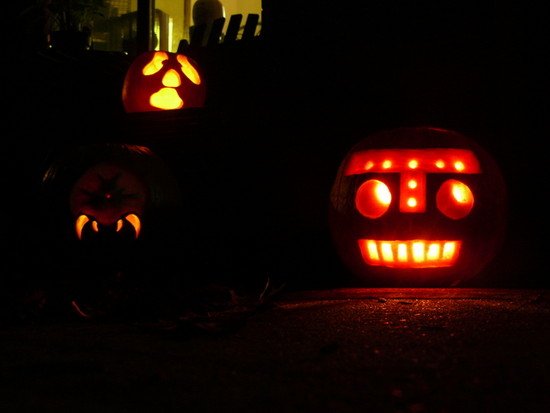 Mr. Destructoid, Metroid, and my wife’s ghost, all lit up together. The metroid is a little dim because it’d been burning for three hours prior to this picture, so five of the six candles inside of it had completely melted and stopped burning.

[I’m sneaking in here once again! Just wanted to remind you all to send in your pumpkins, either through the Community Blogs if you decide to do a step-by-step approach, or just send them into the Destructophone at [email protected]. We’ll be waiting!]